How Menopause Can Destroy Mental Health 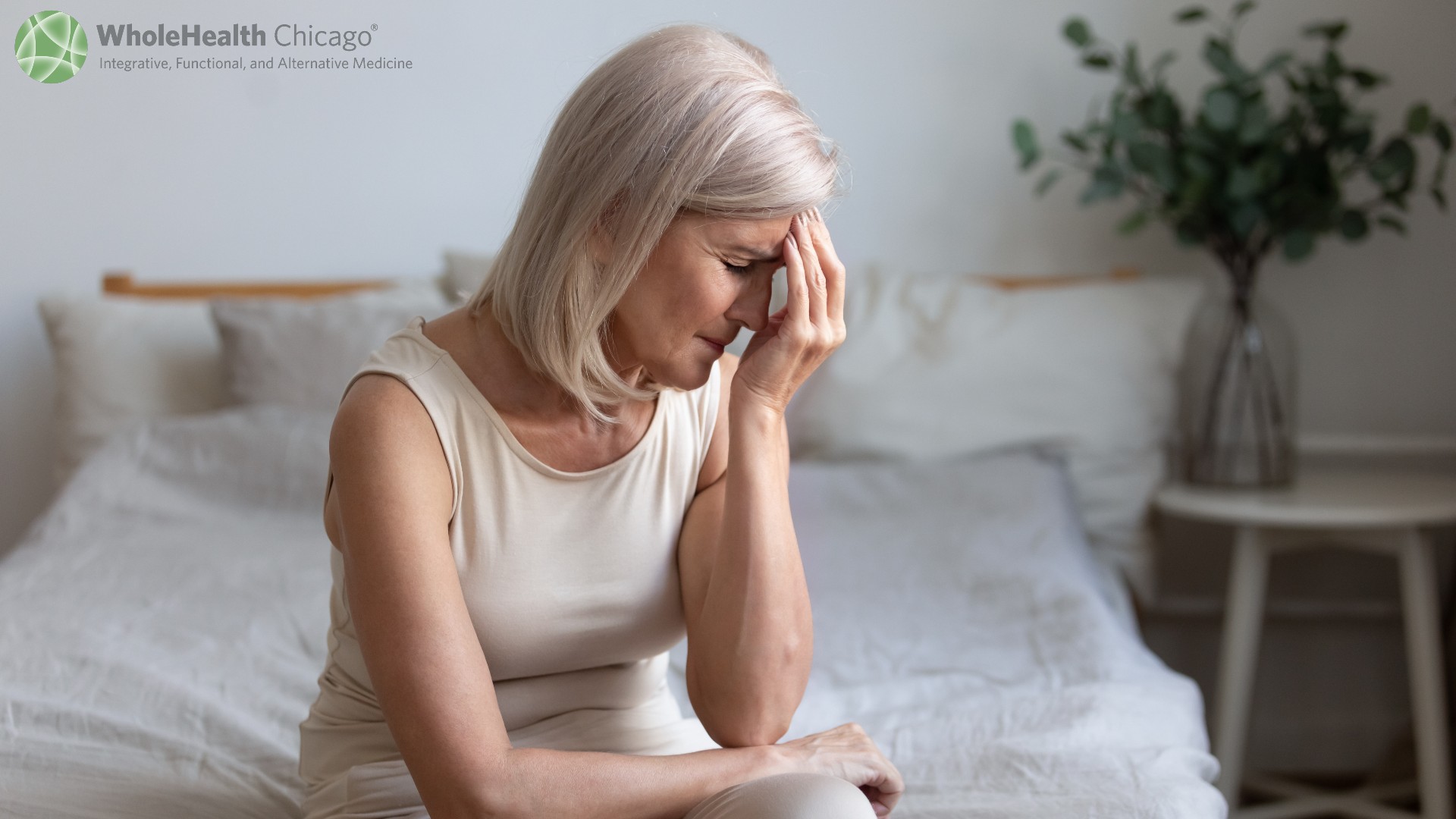 “Pretty dramatic title,” I thought, “especially for usually staid, Guardian newspaper.” But the writer had been collecting data from UK doctors, interviewing patients, and clearly was shocked at what she had found.

Not only were individual women describing their personal experiences with serious bouts of depression, anxiety, panic attacks and suicidal thoughts, but also “brain fog” to the degree that they were seeing specialists for self-diagnosed early Alzheimer’s Disease. Mainly in their forties and fifties, most experiencing some degree of the hot flashes and night sweats of the menopause transition, virtually none had been offered hormone replacement therapy, although a few were given antidepressants.

The article was however replete with statistics. In one survey taken of 2,000 menopausal women, 75% (!!) reported problems with memory and concentration, 69% had symptoms of depression and anxiety significant enough to merit reporting to their family physician. Often, the same women attributed their symptoms not to menopause but to the turmoil that can occur during middle years: children leaving home; marriages under stress; the illness of elderly parents or parents-in-law; work stress from rising responsibilities; and, of course, COVID.

A second survey sent to 4,000 menopause age women revealed that one in ten had actually quit their jobs because of physical and/or emotional symptoms that had come barreling in at midlife, while 14% had deliberately reduced their hours.

The problem is one of failure to connect the dots on the part of health care professionals. Both in the US and the UK, physical menopausal symptoms are rarely taken seriously. It seems that when you’re 50, doctors are more concerned about scheduling your colonoscopy than the night sweats that are wrecking your sleep. If you are allowed a moment to talk about depression symptoms, you get sent to a well-meaning therapist who rarely asks (and is unable to treat) your menopause symptoms.

It is Indeed a “Triple Whammy”

I didn’t choose the title of my book, “The Triple Whammy Cure”. In fact, at the time, I wasn’t thrilled with it at all. But over the years, and thousands of readers and patients later, I think the title is a good one.

The Three Whammies are serotonin, hormones, and stress.

Serotonin first. This is a brain chemical, a neurotransmitter. Your intestines manufacture lots of serotonin as well, part of the ’brain-gut’ connection. Neurotransmitters (there are several), allow information to cross from one brain cell to another over a gap called a ‘synapse’. But it’s helpful if you think of serotonin as your factory-installed stress buffering system. The more serotonin you’ve got the better you’re protected against stress (yes, it’s possible to have too much serotonin, a rare situation caused by excessive drug prescribing).

The female brain having less serotonin is more susceptible to stress than the male counterpart. “I don’t get it,” I have heard too often to count, “My husband doesn’t get stressed about anything. I come home after a bad day and want to start crying. He has a bad day and he’s watching a Cubs game.”

Stress second. When ‘stress’ overwhelms your serotonin stress buffering system, you start feeling symptoms of depression, anxiety, panic, obsessive thinking, compulsive behaviors, sleep disturbances. You may feel physical symptoms that are not “disease” but manifestations of “stress”. Headaches, tension in your neck and upper back, jaw clenching, and, because of the brain-gut connection, irritable bowel symptoms (diarrhea, constipation or both).

And now, hormones third. Your two sex hormones are estrogen and progesterone. Now you need to envision your stress buffering serotonin as being linked to whatever level your estrogen happens to be. Picture a two car roller coaster, estrogen as the first car, serotonin behind it. While you’re still having your menstrual cycle, this estrogen-serotonin duo is going up and down, up and down, every month. During the week before your period starts, estrogen really drops, pulling down your stress buffering serotonin. Suddenly, deprived of  this serotonin protection, you’ll cry at a Hallmark commercial. You’ll bite the head off your significant other, all the while saying to yourself, “This isn’t me. Why am I acting like this?”. This serotonin drop triggers your monthly mood swings of premenstrual syndrome.

Then, you start your period and have cramps, the cramps and dark clouds pass. Emotionally, you start feeling better. In fact, the week after your period is usually the best week of every month from adolescence to premenopause.

The result? Almost 70% of menopausal women report symptoms of depression and anxiety, 75% report problems with memory and concentration. Those are really dramatic numbers! Obviously, what’s going on isn’t “disease”. These are termed “functional symptoms”. Being human, this is how the body works.

Access to decent treatment, especially these days, can be hard to come by because health care is fragmented into specialties. Most Family Doctors, when they hear about menopause symptoms, suggest a visit to your Gyne. If your Gyne or your GP hears symptoms of anxiety or depression, they’ll refer you to a therapist and/or phone in a quick serotonin raising SSRI med (like Prozac, Lexapro or Zoloft). Your therapist may talk for a year about your stressors and how to cope with them without ever asking about menopause symptoms.

A few weeks ago, I wrote this Health Tip about getting your hormone levels back to normal using biologically identical hormone replacement therapy (BHRT). Many times, this alone will really improve the emotional chaos you’re experiencing as well. Although the SSRI meds are valuable tools, they’re a bit overprescribed and certainly not free from side effects. The herb St. John’s Wort is clinically proven effective for mild depression, especially when combined with one pill a day of a form of folic acid called L methylfolate. There are also several healthful lifestyle changes you can make that raise your serotonin, like exercise, exposure to sunlight (or a “Happy Light”) and good quality carbs.

All of the practitioners at WholeHealth Chicago are quite familiar with the Cuisinart of misery menopause symptoms can cause. BHRT is only one option. Both Traditional Chinese Medicine and homeopathy can work wonders, and now our Mental Health Team consists of a psychologist and two mental health counselors.

And you can probably pick up a used copy of “Triple Whammy Cure” on eBay for less than $5.00. There may be a lot of underlinings and exclamation marks, but you can add yours.