Water and Your Longevity

Health Tips / Water and Your Longevity 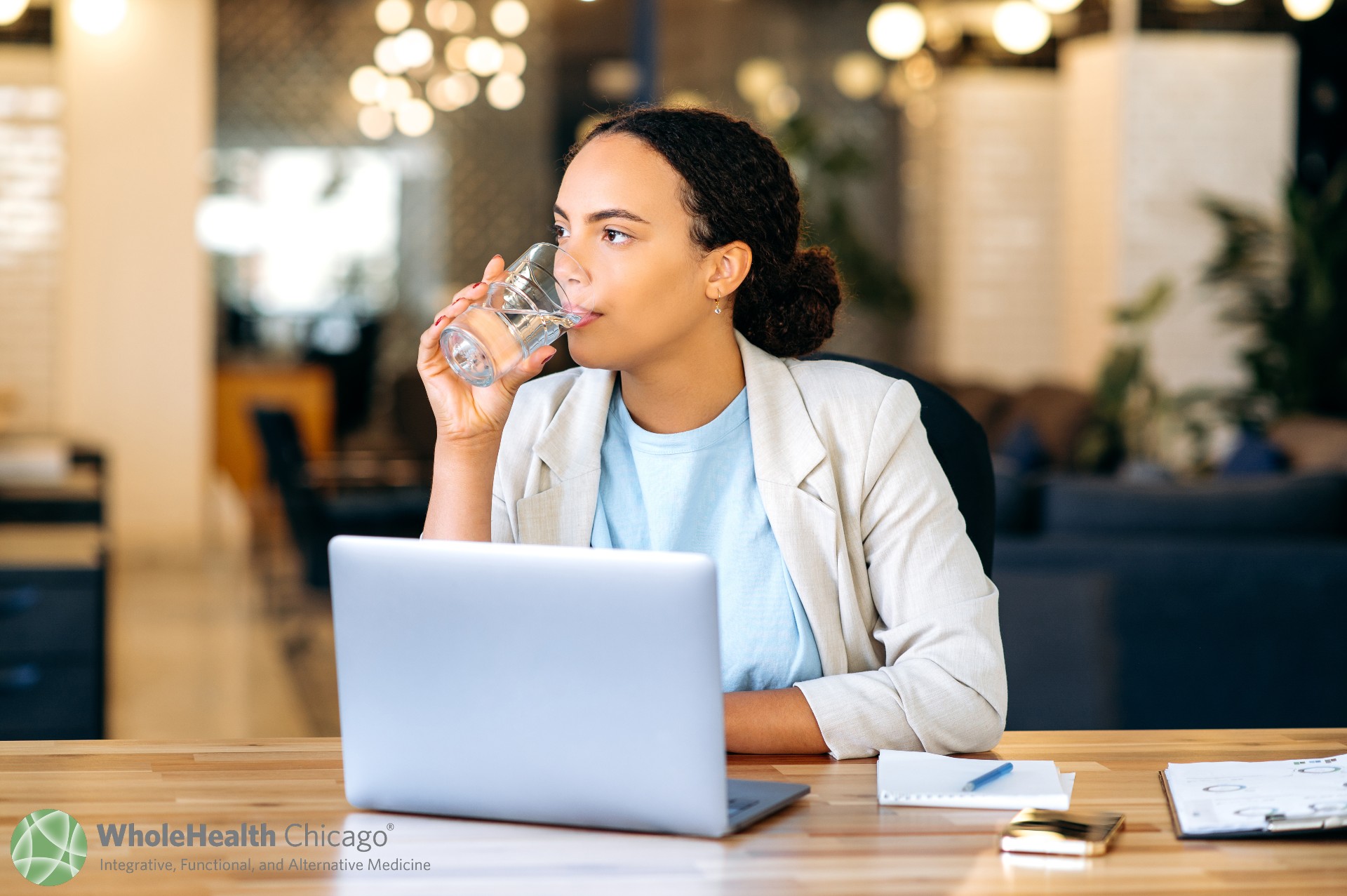 Sometime in her eighties, my Aunt Hildy, who passed on at 94 or so, handed me a book, “Your Body’s Many Cries for Water”, by an Iranian physician with a totally unpronounceable name, Fereydoon Batmanghelidj, M.D. She told me it had changed her life. Dr. B. attributed virtually all chronic illnesses, premature death, and susceptibility to infections to the state of chronic dehydration we had allowed ourselves to endure by our insufficient intake of water.

Because Dr. B. also felt that water had curative properties, his work was literally shredded by conventional physicians here in the U.S., where he was regarded as a “crank” and a “quack”. The Wikipedia entry is especially brutal since it’s written by Stephen Barrett of Quackwatch, which (if you bother to read it) seems to have a special loathing for Dr. B. because of his claims that good hydration promotes longevity.

And so the years pass. Dr. B. dies at 74, although his books (he wrote seven more) all remain in print, apparently being read by the well hydrated, healthy, and generally ignored by the desiccated conventional physicians.

The illnesses most associated with early death are, of course, heart and lung disease, kidney disease, cancer, dementia, diabetes, strokes and peripheral vascular diseases. They had an idea it might be related to hydration.

The concentration of the element sodium in your blood is a good measurement of the state of your hydration. The normal range of serum sodium is 135 to 146 mmm/mol/L (don’t ask), and they selected a person’s serum sodium above 141 to be “dehydrated”.

Then, examining health records of over 15,000 middle aged patients (age range 45-66), they discovered that the single most protective factor to avoid chronic illness (and therefore avoid early death, i.e. “anti-aging” was to maintain a serum sodium of 141 or lower), i.e., be “well hydrated”.

On the other end of the hydration spectrum, you ramp up your risk of ‘all cause chronic illness and early death’ by being chronically dehydrated, serum sodium 142 or higher. Hang on, but also, based on mouse models and computer nerds in their finest hour, this hydration translates to a difference of fifteen years of lifespan.

The article itself is linked here, and it does contain a lot of graphs and math. There are a total of 63 articles referenced, but of course Dr. B’s books go unmentioned.

Back in 2007, after I had read Dr. B’s book, I wrote this Health Tip of water intake. I leave it intact.

My patients ask me all the time how much water they should be drinking each day. It’s a good question. Generally speaking, you’ll feel and look better when you’re well hydrated. Your kidneys will more easily be able to flush out waste products and environmental toxins, and your skin will have a healthy glow.

What’s surprising is how often routine lab tests show that people walk around in a mildly dehydrated state. I return lab tests to patients with my comments, and by far the most common is, “Everything’s fine except it looks as if you need to be drinking more water.”

Many people get fluids from soft drinks, diet drinks, and coffee. The first provides unnecessary sugar, the second chemicals, and while I’m not opposed to coffee, it acts as a mild diuretic (water pill), and like alcohol, in the end dehydrates us.

When you’re well hydrated your urine will be nearly clear.

Here are some tips for staying hydrated:

1. Spread your consumption throughout the day, carrying a water bottle with you for steady sipping.

2. If you can’t handle all that water, substitute some non-caffeinated herbal tea–hot, tepid, or iced. Enjoy it plain or sweetened with a little honey or stevia. Some of my patients keep a couple quarts of herbal tea in the fridge and fill their water bottles with it each morning.

3. You’ll need more water after exercise–ideally before and after.

4. Slow down your intake in the evening to prevent nighttime bathroom trips.

5. Some people don’t like the taste of water, perhaps stemming from the water they grew up on. If you’ve never tasted pure fresh water, try several brands to see which is the most appealing. Water temperature also affects flavor–try your favorite at different temperatures to see if the situation improves.

6. Try flavoring your water. European restaurants routinely squeeze a wedge of lemon into the water carafe served with meals. Try this, or a wedge of lime or orange. A drop or two of a flavoring extract per bottle of water can produce similar results, now sold as Bubly or LaCroix.

7. Lastly, If you think you’re feeling dehydrated, call or go online and schedule our Hydration Infusion. In come cases, if prescribed by a physician, these can often be billed to your insurance carrier.

8 thoughts on “Water and Your Longevity”

i was trying to reply to godelieve danker. hitting her “reply” marker did not work. 😡

for that answer please read the first sentence of the first comment. starting with “A simple walk…”

A simple walk down Google lane shows he died of pneumonia. 74 is not actually RELATIVELY young—when considering the population of the world at large (not just wealthy white Americans). Dr. B was a refuge and a survivor of imprisonment—not to mention a life of criticism against his life’s work… all of which can negatively impact one’s lifespan. Relative to HIS life, without knowing anything of his personal life, (or his safety nets/support systems) I’d said Dr. B did pretty good.

Thanks for the reminder about water, and it’s always good to see the newsletter.
But do you still support your view that “coffee … in the end dehydrates us”?
As a categorical statement, that doesn’t seem to be supported by evidence (as reported by advocates of drinking lots of water), now that it’s been studied.
Although if you’re having more than 5 cups a day, there some dehydrating effect.
https://www.healthline.com/nutrition/does-coffee-dehydrate-you
https://www.mayoclinic.org/healthy-lifestyle/nutrition-and-healthy-eating/expert-answers/caffeinated-drinks/faq-20057965
etc.
-Bill

Thank you for sharing.

It’s my main drink. No coffee or any caffeine or alcohol. No soda because it’s all chemicals. I had POTS with long Covid and I was constantly dehydrated and passing out. I drink plenty of water. My urine is mostly clear.

What did Dr. Fereydoon Batmanghelidj die of at the age of 74, which is, after all, a relatively young age to die? I would think that he followed his own advice and drank sufficient water!