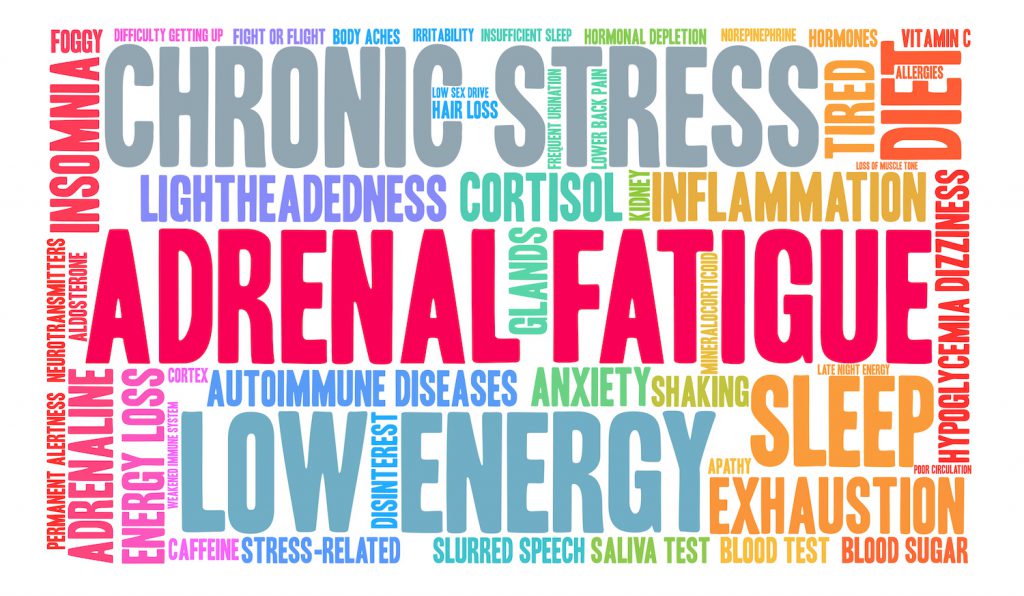 Patricia is 33, happily married as far as marriages go, one daughter, steadily employed in a less-than-satisfying corporate job, good eating habits, and, until recently, a health club goer a couple/three times a week. Then the lockdown came and it’s been hard to restart her workouts. After a long day working  at her computer, aerobics in front of a computer screen just doesn’t cut it.

But now she’s too tired even to consider the online workout. Just looking at Patricia, you can tell she’s dragging. Circles under her eyes, she needs to blink a couple times to bring a thought to the surface. Of course, the stressors of the past two years made everything worse. Yes, she did keep her job, facing two monitors eight hours a day. But her husband’s restaurant had to close.

Patricia continued: My daughter at home every day. Thank heavens she’s back in school now. I’m worried  about Covid, the vaccine, my parents, money, and the environment. Not sleeping, gaining weight, headaches, and so tired by mid-afternoon I want to cry. And did I mention I can’t sleep?

Patricia brought in blood tests from her primary care doc and everything looked fine. Blood count, metabolic profile (checking for diabetes and kidney or liver disease), thyroid function, iron level. He even did screening tests for mono, autoimmune inflammation, and Lyme. After a sleep study, she was told there was no evidence of a sleep disorder.

Nothing. She exhaustedly absorbed the mantra of contemporary medicine: “We can’t find anything wrong with you. All your tests are normal. Do you think you might be depressed?”

Patricia told me she didn’t think she was depressed, though contemplating feeling like this for the rest of her life could send her in that direction. Really, if she had the energy to call a babysitter, she’d love to go out with her husband.

The 4 pm crash gives us a clue

Although Patricia had never been an energizer bunny in the morning, for the past few years she’d awaken feeling like she hadn’t slept at all. To snap her brain into gear for work, these days she makes her own extra-shot lattes. She knows she’ll function at two thirds capacity until 3 or 4 in the afternoon, when she becomes so exhausted she melts like butter on hot toast. Then, a few hours later, at 8 or 9 pm (much to her annoyance, since it’s just before bedtime), she’ll get a strange burst of energy, just enough to interfere with sleep. Recently, though, even this energy burst is history.

“Food cravings? Give me salt! Two hands on my keyboard, and if I had a third    it would be in a bag of chips, all my weight gain right here (pointing toward her tummy).”

Poor Patricia. Utterly exhausted and told nothing’s wrong. Gaining weight, not sleeping, craving salt, fueling up on caffeine and snacks, desperately trying to keep all the balls in the air, worried that she might be next at work to be asked to leave the island.

A safe diagnostic bet was to lay this all on her overworked and about-to-collapse-under-exhaustion adrenal glands, two walnut-sized structures that sit atop the kidneys. If you put your hands on your hips, your thumbs will be just about where your adrenals are located.

Your adrenal glands are actually two separate glands, one inside the other. The inside one, the medulla, is encased by the second, the cortex. Envision a plum. The seed of the plum would be the medulla and the fruit the cortex.

Both the medulla and the cortex are your front-line responders to stress. However, the medulla, connected to your brain and nervous system, is your first responder and it works really fast. Threatened by a mugger? Signals from your brain to the adrenal medulla trigger a burst of adrenalin that turns you into a temporary  superwoman. (“Here’s a face full of pepper spray, punk!”)

The adrenal cortex is the slower, second responder. It’s indirectly connected to your brain through the pituitary gland—the master gland that also controls your thyroid and ovaries (or testicles, depending).The cortex deals with chronic stress, and its several hormones–most notably cortisol–regulate metabolism (especially glucose for energy), reduce inflammation, and control blood pressure by balancing sodium.

Here’s why Patricia collapses at 4 pm every day

Your adrenal cortex is good for a day’s work before it needs to be charged up  at night. Think of it as a one-day battery you recharge during sleep. Its hormone, cortisol, starts the day at a high level and then dwindles out by evening.

It trusts that you’ll sleep at night in order for it to be at the top of its game in the morning.

Since you likely don’t encounter many major stressors in a day, like a mugger, a mountain lion, or having to lift a car off someone, it’s the adrenal cortex that’s more involved in daily stress. But—and this is key–when you experience relentless, low-grade stress your adrenal cortex will become fatigued and then exhausted. And since adrenal function normally starts winding down in the late afternoon, if you’re experiencing adrenal fatigue it’s at this time with your especially low cortisol levels that you’ll first feel symptoms.

Your adrenals are fine—they’re just overworked

There’s nothing actually wrong with your adrenal glands. They’re just running on empty. If they could talk, they’d say, “Overworked! Give us a rest! Charge us up! We need a vacation!”

And when they’re running low, caffeine and salt act as (unhealthful) alternate fuels. Near empty, your adrenals dump out excess cortisol, which raises blood  sugar, which in turn raises insulin, which then deposits fat in and on the belly.

Are you beginning to appreciate the unchecked hormonal horror show that stress is playing out inside Patricia’s body, all the time she’s being told, “Your tests are normal. Maybe you should see a psychiatrist or try these antidepressants.”

Adrenal fatigue is not a difficult diagnosis if your doctor has it on her mental list to check for. The challenge patients face is that most conventionally trained endocrinologists have the intellectual shortsightedness to call adrenal fatigue a fake disease. The problem is that endocrinologists and too many conventionally trained physicians forget something they  actually once learned in medical school. Namely, the important difference between disease symptoms and functional symptoms.

Doctors are taught primarily about disease, and medical textbooks list hundreds of them. Heart/lung/kidney/gastrointestinal/autoimmune–to a medical  student the list appears endless. They’re also taught that diseases have symptoms and positive lab tests.

But many (many!) symptoms are not caused by any disease, and may or may not have positive lab tests. These are called functional symptoms. Here at WholeHealth Chicago, we look especially for functional symptoms, which is why we feature the term “functional” in our logo.

Late-night heartburn after a 9 pm dinner of lasagna, garlic bread, and wine is a functional symptom. It is not any sort of fake disease. It’s your body doing what it does in the situation that you’ve put it in. You don’t need a gastroenterologist. You don’t even need a Nexium. You just need to know next time not to eat and drink too much too late.

Adrenal fatigue is another classic functional symptom. It’s your adrenal glands acting normally up to a point and then reaching exhaustion, asking for a lifestyle change, nutritional support, and so forth.

You are not neurotic. You are not faking it. Your doctor is simply not listening carefully to your total situation and to decry adrenal fatigue as a fake disease shows an intellectual curiosity of less than zero. Your doc is thinking of an actual adrenal disease (such as Addison’s disease or an autoimmune disorder) and won’t remove her blinkers to consider anything else.

Do you sense my exasperation?

The best functional medicine test to evaluate adrenal function is a take-home kit containing four empty plastic vials. You collect saliva at 8 am, noon, 4 pm, and 8 pm and then you FedEx (envelope in kit) your specimens to the lab. Some insurers now cover at least part of this test, but you can expect an out-of-pocket cost of around $100.

If you’re interested, look at the test results at this link (scroll to page 6). Three boxes are shown with black slopes indicating normal, adrenal exhaustion (low slope), and adrenal stress (high slope). You have to wonder how endocrinologists could be so dense. Patricia’s adrenal stress profile looked pretty much like the middle box, virtually a flat line. Classic adrenal  fatigue.

If your overall health is good, but you anticipate situations that could tax your adrenals, taking herbs called adaptogens might be a good idea. I recommend the following for adrenal support:

If you think you might have adrenal fatigue, schedule with one of our functional medicine specialists: Dr Parisa Samsami, Dr. Caley Scott, Wendy Ploegstra, Becca Zachwieja, or me.