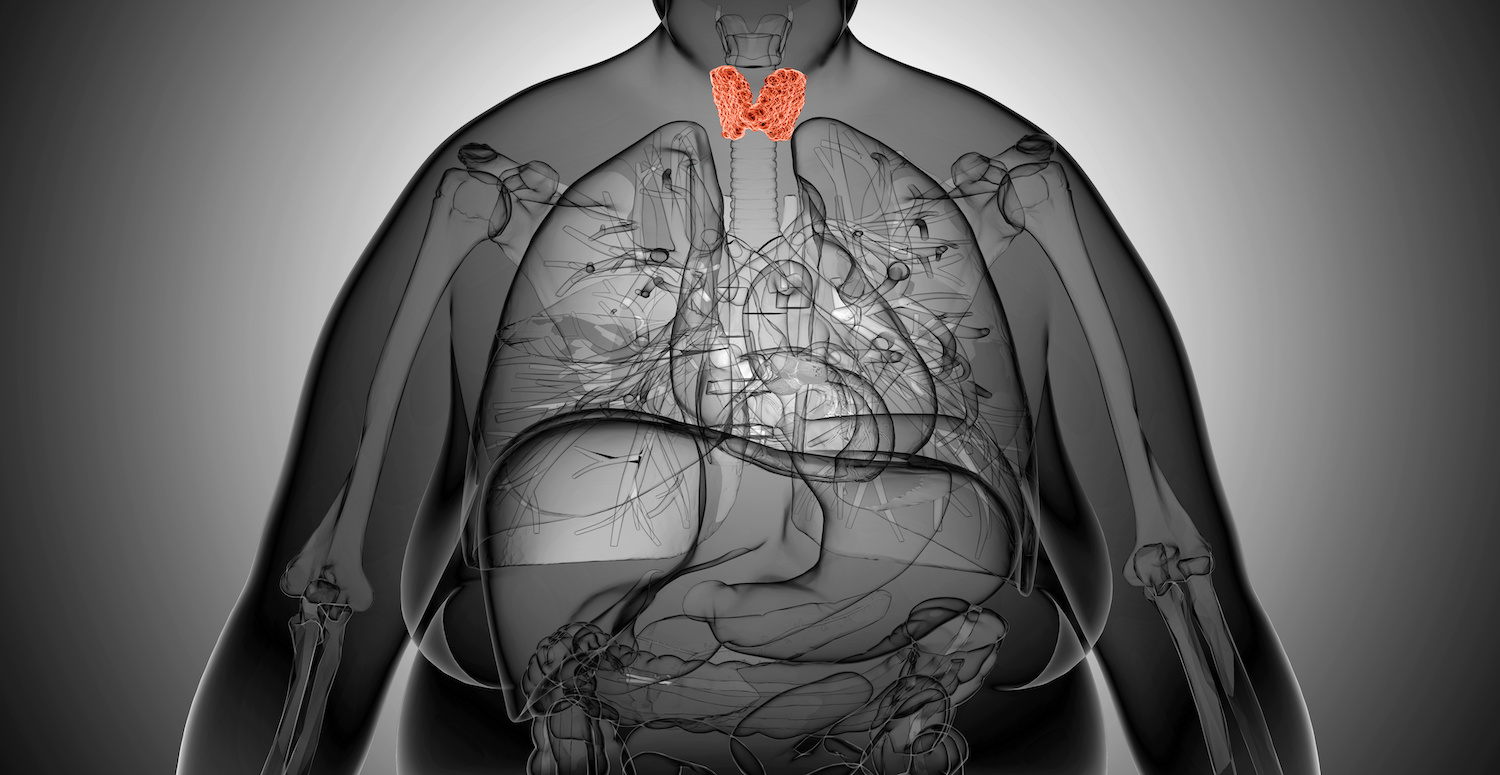 I went to medical school in London for a while and truly it was great fun. This was the 1960s–Beatles, Stones, Carnaby Street–and if you were going to be anywhere on the planet, central London was it.

The newly released thriller “Last Night in Soho” really captures the atmosphere. Middlesex, my assigned hospital, was located in the very heart of Soho. It had a pub in the basement where doctors, nurses, students, and even a few patients gravitated around 4 pm. I knew I wasn’t in Kansas anymore.

I finished my London rotation with precisely two pieces of memorable knowledge. First, I was endlessly reminded by fellow students, “We’re not at all like you Americans. Medical students here learn to be gentlemen first, doctors second.” This was usually delivered on a waft of warm beer breath, so I couldn’t take it too seriously, but I liked the line. It went well with the phony British accent I was developing.

Second, and this from a highly respected (and genuine knighted Sir) inebriate physician with a W.C. Fields nose: “Lab tests. You American doctors with your lab tests. If you just listen to your patient long enough and use your brain, you’ll make the diagnosis. Then use the lab test to confirm your diagnosis, not make it. The amateur doctor orders lots of tests and looks for one abnormal result. The expert orders one test to confirm what he already has deduced.”

Believe me, when you’re a 20-something medical student standing in the corridor of a hospital founded in 1745, that sounds like the key to everything.

Sadly, the simple rule about listening to the patient and limiting tests never did manage to cross the Atlantic. As a result, millions of women (and many men as well, but women are primarily affected) experience a wide spectrum of underactive thyroid symptoms yet perpetually hear, “I know your symptoms do sound like low thyroid, but see for yourself–your tests are normal.”

The primary low thyroid symptom is feeling tired, a sense of fatigue that usually starts in your 30s and slowly gets worse. You’re not so tired that you’re confined to bed, but you’ve started turning down social invitations, and maybe when you’re with friends in the evening you’re the first to go home because you’re just tired out. You didn’t used to feel this way. You wonder if it’s chronic fatigue syndrome.

You’re also dismayed with your gradual weight gain and inability to lose it. With the dry skin, dry hair, and hair thinning (and thinning of the outer third of your eyebrows), facial puffiness, mental sluggishness, cold hands, cold feet, being always the coldest one in a group of people, and constipation.

Having had low thyroid once myself, I describe it as a strange sense of internal coldness. You’re outside and it’s in the 90s, but you feel cold inside.

You mention this to your doctor during your regular wellness exam or Pap smear and all your tests, including a single thyroid screening test, end up being normal.

After age 40, it’s estimated about 25% of people have symptoms of diminished thyroid function, called hypothyroidism. There are two causes.

First, a condition called Hashimoto’s thyroiditis, an autoimmune disorder in which the immune system starts creating antibodies against the thyroid gland (and only the thyroid gland), slowly but relentlessly destroying it. Most doctors won’t treat Hashimoto’s until hormone levels fall into the abnormally low range

Second, a controversial condition called thyroid fatigue. In this case, the gland is simply pooped out, exhausted (often along with your adrenal glands) from having received incessant fight-or-flight stress messages along the emergency path from your brain. These messages are relayed via your pituitary, the master gland that controls both thyroid and adrenals.

It’s been the medical profession’s over-reliance on the familiar TSH (thyroid-stimulating hormone) test, developed in the 1960s, that’s led to so much missed hypothyroidism.

(You may need to read these next sentences twice. It confuses medical students, too.) TSH is released by the pituitary, located just beneath your brain, to stimulate your thyroid to make more of its hormone. The pituitary has a hormone-sensing system, so when thyroid hormone levels are low, TSH levels will increase in an effort to boost them.

This is the rule that US doctors are taught: if your patient has a high TSH,

thyroid hormone must be low. Period. The end.

If the TSH test is normal, even though you the patient may have every low-thyroid symptom in the book, your doctor will simply not consider underactive thyroid as a diagnosis.  By the way, the opposite is also true. Too much hormone (hyperthyroidism) lowers TSH levels, sometimes as low as zero.

Depending on the lab your doctor uses, the official normal range for TSH is generally between 1.0 and 5.0. If your TSH is above 5.0, you’re declared hypothyroid (you have low thyroid) and you’ll be started on thyroid replacement hormone. To this day, if you go to the doctor with every single symptom of hypothyroidism listed above and your TSH is 4.9, you’ll be told, “Let’s keep an eye on it” and you’ll leave the office untreated, feeling just as crappy as when you arrived.

It’s even worse if your hypothyroidism is due to thyroid fatigue, because in this situation, your pituitary, having been bombarded with stress messages from your brain, is fatigued and depleted as well. So you’ll have all the symptoms of low thyroid and a “mysteriously” low TSH. Your doctor may shake his head in wonderment, “I agree. You sure look hypothyroid, and your hormone levels are on the low side, too, but your TSH is so low, why, you’re almost hyperthyroid.”

You hand him an article from the internet. “Thyroid fatigue? Never heard of it.”

Recent research in laboratory testing has uncovered three important breakthroughs that haven’t filtered down to most conventional labs and therefore to most primary care offices.

If you want to get started on your thyroid health immediately, order BMR Complex from our Apothecary. It contains all the substances your thyroid needs to manufacture its hormone, but it definitely doesn’t treat hypothyroidism. For that you’ll need actual thyroid hormone. The initials BMR stand for basal metabolic rate, a medical term for the rate at which your body uses energy. If you’re hypothyroid, you have a low BMR.

It’s estimated that tens of millions of people have undiagnosed mild low-thyroid and are chronically fatigued because of it. Tens of thousands of women are undergoing expensive infertility treatments because their fertility specialists are reluctant to prescribe thyroid hormone (even though pregnancy is virtually impossible when your thyroid is underactive).

And all because these physicians weren’t in Professor (Sir) Carrick’s lecture hall that morning as I listened to the elderly bleary-eyed old debauchee raise his finger skyward and ring out with, “Treat the patient, not the lab test!”

Why don’t doctors test free t3 and free t4 and Reverse t3? They can give you a ton more real info than the TSH or just t3/t4 testing!
And why only prescribe T4??? As we grow older our hearts need T3 even more, and if you consider that many patients don’t covert t4 efficiently you would think doctors would get it.
All the above have really soured me on medicine and doctors here in the USA. Doctors need to treat the patient observantly, not the test results!

You’re pointing out a very common issue we encounter all the time. Most clinician look only at the TSH (thyroid stimulating hormone), and then order additional thyroid markers only if the TSH is off. This tends to work most – but certainly not all – of the time, which is why many thyroid disorders slip through the cracks. We always suggest that if patients aren’t getting anywhere in conventional medicine with evaluating their thyroid and have persisting problems, they should see a functional medicine clinician who can take additional steps.

Glad for your article since my doc does not explain or even talk
Test says I have low thyroid got on Levothyr. for all of 8 days: became very dizzy with headache & very stiff leg muscles. Doc said wait till next annual visit. Stopped levothry. Why did I respond to this drug this way?

There could be several reasons why you responded to a drug a certain way. If you would like to be evaluated further, please feel free to give the office a call at 773-296-6700. Thank you!

And when you are gone and we are all at the mercy of an AI unit that is diagnosing instead of a real human being we will be even worse off.

The future does not look bright but rather dim as the old line physicians who were taught to use their nose, eyes, hands and ears all die off and leave us to the ‘new generation’ who look at a chart full of notes and tests, and barely acknowledge that a patient is sitting in front of them.

God save us all.

As long as we are around, we will always see the patient first.

If I am already taking thyroid hormone, would I benefit from taking BMR complex?

Thank you for your question. If you are still interested in learning more about BMR complex, feel free to call the office at 773-296-6700.