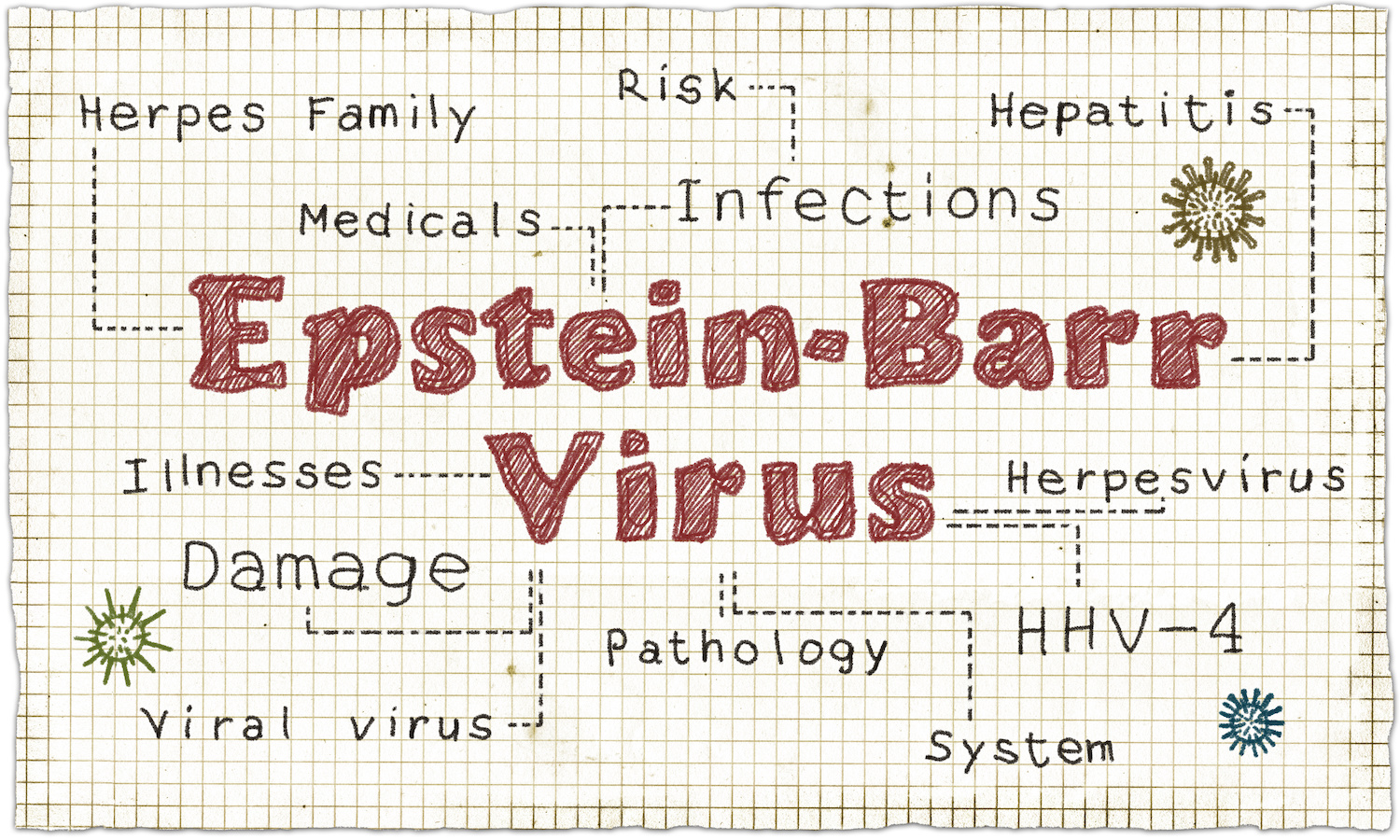 First, a bit of background into chronic fatigue syndrome (CFS). Regular Health Tip readers know I write a great deal about people who come to us with chronic fatigue, especially those who’ve been told “We can’t find anything wrong with you” or “There’s nothing we can do.”

What we usually find is not all paths were explored or all therapeutic options tried.

Articles about chronically fatigued people appeared in medical journals in the 1920s. Doctors later realized that most of the subjects had what we now call myalgic encephalomyelitis/chronic fatigue syndrome (ME-CFS). But a second large group of chronic fatigue sufferers had never truly recovered from the 1919 Spanish flu epidemic. Today, the post-flu group would be described as post-viral and would include those with chronic Epstein-Barr and also the Covid-19 long haulers.

Over the years, as more fatigued patients presented themselves to their doctors even more diagnoses emerged, many of which were controversial. Arguments among physician supporters of the various diagnoses were, well, pretty unprofessional. Today entire medical centers adamantly refuse to recognize the existence of a diagnosis such as chronic Lyme, while a nearby physician group might have a specialty clinic treating the same condition.

The most frequently overlooked causes of chronic fatigue we see at WholeHealth Chicago are chronic Lyme disease and chronic inflammatory response syndrome (CIRS) from mold biotoxins.

The list of conditions with the potential to cause fatigue is enormous. A comprehensive diagnostic work-up for fatigue should include all the standard blood tests you’d have with a wellness exam plus measuring adrenal, thyroid, and vitamin levels.

Chronic mono/Epstein-Barr as a cause

Once, long ago, you probably came down with variation of infectious mononucleosis, or mono for short. You may not remember having it, but if your doctor is investigating causes of fatigue your blood tests might show antibodies to a specific herpesvirus called human herpesvirus 4, better known as Epstein-Barr virus (EBV) to prove it.

However–and this is a big however—more than 90% of adults do show EBV antibodies, so you’ll need more sophisticated testing to determine if EBV is the cause of your chronic fatigue.

Some of us remember when mono was called the kissing disease, since that was how it was often transmitted. However, you may have had mono and experienced no symptoms at all. Or with your mono you were the most ill you’d ever been in your life: a sudden onset of spookily severe fatigue, fever, a super-sore throat, painful glands in your neck, and maybe even pain in your abdomen from a swollen spleen.

Your doctor might have tested to make sure it wasn’t strep throat (whose symptoms are virtually identical to mono) and probably ordered a screening test for mono called a Monospot. If your Monospot was negative, she relied on her clinical judgement to decide if you had mono.

It’s certainly possible to have both strep and mono, in which case you received an antibiotic for the former. If no strep, only mono, you were told to rest and drink fluids until you felt better. Sometimes your throat was so painful you were given steroids just so you could swallow.

With mono or strep, almost everyone gets well and forgets they ever had it. I say almost because there are a handful of people who after their bout with mono say they never really felt well again—that it changed their lives. This is precisely what some Covid long-haulers are saying today.

But for others, years and years later, long after that bout with mono receded from memory, after enjoying some decades of good health, you’ve developed persistent and worrisome symptoms, like chronic fatigue, muscle aches, brain fog, feverishness, and swollen glands.

Your doctor now runs a battery of diagnostic tests, and as she reviews them, you  hear “Ah, I see you once had mono.” You remember: “Oh yes, I’d just arrived at college.” Or maybe you don’t remember the mono at all.

Except for these antibodies to the Epstein-Barr virus, all your other tests are negative: no anemia, no thyroid problems, no Lyme, and no Covid. Everything tests fine. It’s just this evidence of your old mono…and your persistent symptoms.

It’s worth noting that many times in addition to fatigue, a “mono reactivation” includes symptoms of mononucleosis itself: feverishness, sore throat, swollen glands, and pain in the right upper part of your abdomen due to swelling of your spleen.

Ask your doctor for a full Epstein-Barr panel

I won’t go into what each of these means, but will say that a doctor looking at all five together can determine where you are on the EBV spectrum. Most of the 97% of all people who test positive for EBV antibodies have two or three positive results out of the five tests, and this pattern means “past infection, no current problem.”

It’s worth knowing that the first test of the group, VCA IgM, tests for acute, not chronic, EBV. If a person is ill and shows a positive result for the last four of the five, then the likely diagnosis is “reactivated EBV.”

An important takeaway: if you’re seeing your doctor for persistent fatigue symptoms, getting tested for reactivation is important. Not only can reactivation of EBV cause lots of symptoms, but also severe chronic EBV is now linked to numerous other conditions. These include neurological diseases like Parkinson’s and multiple sclerosis, certain cancers (lymphoma, nasopharyngeal), digestive issues (ulcerative colitis, Crohn’s), and autoimmune disease (lupus, rheumatoid arthritis, Hashimoto’s thyroiditis, celiac disease, and Sjogren’s).

However, don’t agonize about having dormant EBV as so many people do. Just take care of yourself and the virus will remain asleep and harmless.

If your doctor says, “You were right. Looks like EBV reactivation,” she might add, “Well, there’s nothing to do but rest and take care of yourself. Your immune system will do the rest.”

And to a certain extent she’s right. But you can make the situation a lot better, and quite quickly. Here’s how:

1—Give careful thought to what reactivated your EBV (the trigger). Usually, it’s a period of physical or emotional stress (the death of a loved one, a health scare, a painful breakup, a job from hell, exposure to environmental toxins, or just not taking care of yourself). You will very likely identify something and for future reference, having learned that your EBV reactivation requires a trigger, when confronted with potentially stressful situations you’ll remember how you became ill and learn to control the situation. Maybe it just means saying no more often.

By the way, the concept of “reactivation” is not limited to EBV. Rules for prevention of reactivation also apply to shingles, chronic Lyme disease, Bartonella, Mycoplasma, Cytomegalovirus, and even HIV, tuberculosis, and malaria. These are all conditions you can’t really cure, but they can be weakened enough to drive them into their previous dormant state.

2–Whether or not you’re in a reactivation phase, your new lifetime hobby will be strategies to support your immune system. This, of course, will benefit you in myriad ways: fewer infections, reduced cancer risk, and better odds for a healthy longevity.

3—Supplementing. There are many products available. Here are ours:

It’s important to know that EBV antibodies stay positive throughout your life and can’t be used as a guideline for diagnosis in the future. The only blood test for mono disease activity is by InfectoLab Elispot, the same lab that does our confirmatory Lyme testing (out-of-pocket cost $295).

“…and pain in the right upper part of your abdomen due to swelling of your spleen.” Spleen pain in RIGHT upper abdomen? Shouldn’t that be the LEFT?