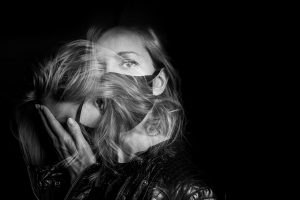 Doctors who work with patients who have chronic fatigue, chronic Lyme, and fibromyalgia have remarked on the similarity between people with these conditions and those suffering the frequently disabling symptoms of long Covid. Like chronic Lyme, in which many patients don’t remember either a tick bite or Lyme disease, patients with all the features of […]

If internet scare tactics from companies selling herbal supplements for parasites aren’t enough, the show “Monsters Inside Me” with its toe-curling film clips clinches it. With this show, we’re in alien-versus-predator mode, though you might ask which one is us and which them. Those really large parasites you see wriggling across your flat screen as […]

Oil derived from the livers of deep-water sharks shows some promise in fighting cancer and boosting the immune system. Until a decade ago, when a growing number of supplement manufacturers began to take an interest in this nutritional aid, most shark livers were routinely tossed overboard. Today, several companies harvest and process the oil from sharks caught off of Greenland, Norway, Sweden, and other coasts. The oil is available as a by-product of the commercial fishing industry; endangered sharks are not allowed to be killed solely for their oil,