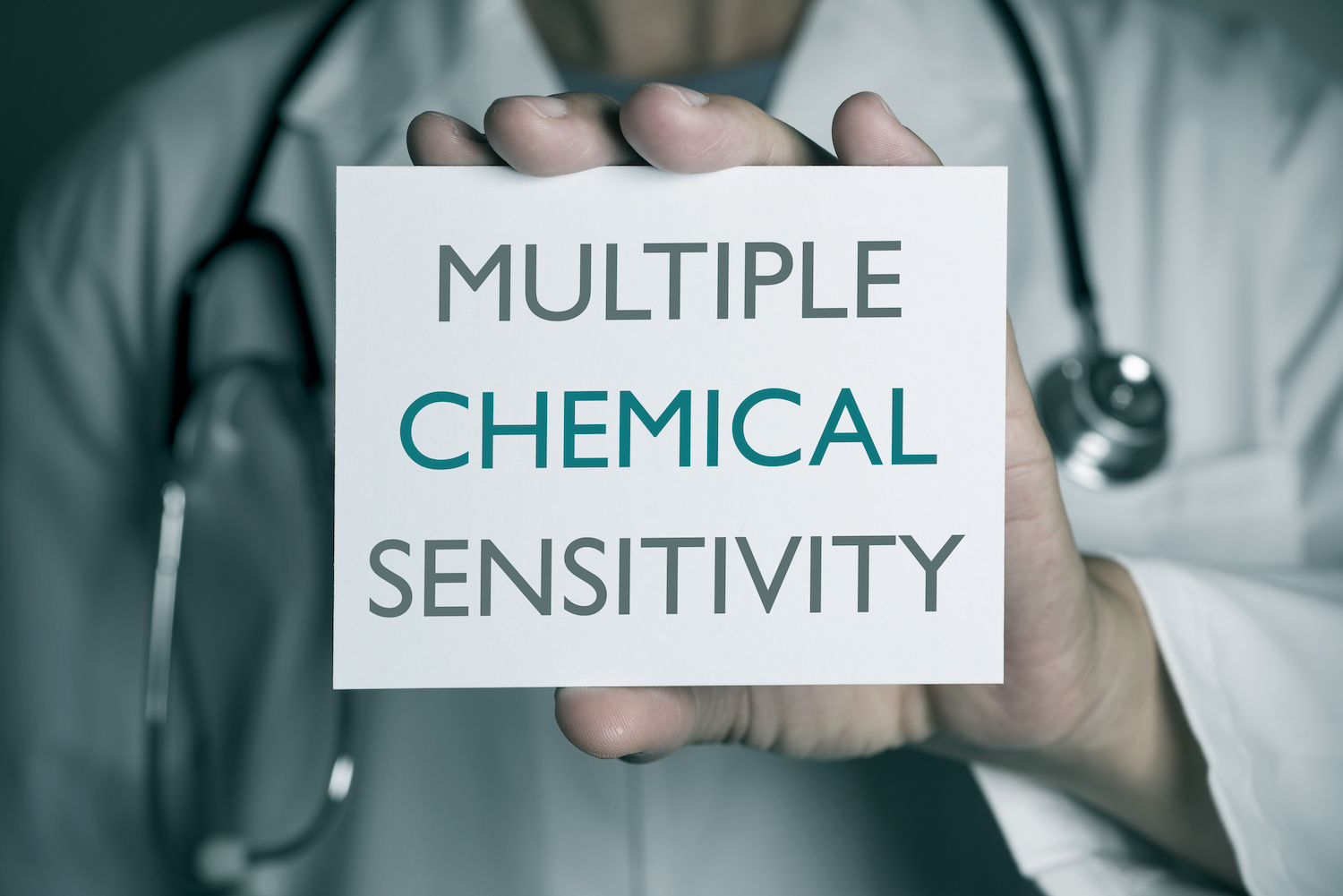 Most often, even before patients realize they’ve developed multiple chemical sensitivity (MCS), its very first manifestation is fatigue, the sense of feeling deeply tired all the time. MCS is yet another condition I learned nothing about during my internal medicine residency, and when I asked the then-chief of allergy at Northwestern about it, he dismissed it as a fad diagnosis and told me to send anyone asking about it to a psychiatrist.

It took me some time to grasp the extent of the animosity many US allergists felt toward a person they perceived as a traitor in their midst. Theron Randolph, MD, a  well-trained allergist himself, had proposed that patients were becoming ill from their environments not because they were allergic to them, like people who sneeze in the presence of pollen, but because they were growing excessively sensitive to environmental chemicals.

These patients would become ill when exposed to, say, diesel fumes, but because there was no allergy scratch test for diesel and no benefit from antihistamines, most allergists concluded conditions like this were not real allergies.

Also, since allergists were making serious money with scratch tests and years of often useless allergy shots, they were not happy with Dr. Randolph’s views.

Clinical ecology is not a recognized medical specialty.[7] Practitioners have been criticized for tricking mentally ill and suggestible patients into thinking that  they were chemically sensitive.[3] Twentieth century critics of clinical ecology charged that multiple chemical sensitivity (MCS) had never been clearly defined, no scientifically plausible mechanism has been proposed for it, no diagnostic tests have been substantiated, and not a single case has been scientifically proven.

Randolph was worried back then about our increased exposure to environmental chemicals. Because he died in 1995, he might not have considered electromagnetic (EMG) sensitivity, including sensitivity to 5G. Like the other manifestations of MCS, the symptoms of electromagnetic hypersensitivity are real, but at this point there are no lab tests to show any abnormalities to the organs in the body.

Do you feel skeptical about the existence of EMG sensitivity? Try telling a patient with migraine headaches or irritable bowel syndrome that her symptoms are imaginary because there are no tests to prove the diagnosis. The real problem, I’m afraid, is pervasive anti-intellectualism and insensitivity among the conventional medical community.

What kind of exposure to chemicals do we have today? Well, there’s formaldehyde, fluorocarbons, vehicle vapors, office paraphernalia, oil vapor, combustion products, herbicides, pesticides, epoxy adhesives, certain woods, polyethylene plastics, polyesters, and all those household chemicals underneath your kitchen and bathroom sinks you think you need to sanitize your space. Also, all that medicine you take, the binders that hold your tablets together as well as the plastic containers you store those tablets in.

And what about food? It’s estimated that 5,000 chemicals are added by the food industry as buffers, preservatives, stabilizers,  and the like, with that less-than-reassuring GRAS (generally recognized as safe) tag on each unpronounceable addition.

Now, to think more positively, most of us do handle this chemical tidal wave fairly well, much of it through our liver, the largest single organ in our body and our primary detoxer. Chemicals get deactivated, released into your intestine, and on and out into your toilet. I’ve written elsewhere about what happens when your liver becomes less efficient at detoxification, itself a source of chronic fatigue.

A good way to think about multiple chemical sensitivity (MCS) is to remember Gulf War Syndrome. It’s estimated that one-third (!) of once perfectly healthy soldiers who had returned from the 1991 war in the Middle East reported fatigue, muscle aches, and cognitive problems, and in the years that followed sensitivities to automobile fumes, newsprint, air pollution, and new office buildings.

It’s important to note that the GIs were disbelieved and 80% were denied benefits (the same disability denial rate as fibromyalgia and chronic Lyme in non-GIs). For more on the causes of Gulf War Syndrome, read this Johns Hopkins overview.

My first MCS patient was a physician who had been filling his car at a self-service gas station when the hose broke off where it was attached to the ceiling valve. Fortunately, the automatic shut off worked, but not before he was completely drenched. He raced into the station and a confused clerk handed him one paper towel, which he used as he ran to the restroom to frantically try wiping his face with toilet paper.

He doesn’t remember how he made it home, but he does know that he stood in the shower, vomited for hours, saw his skin redden, and went to an emergency room, where all his tests were normal.

I saw him some time after his accident and it’s not an overstatement to say his health had been destroyed. He had chronic sinusitis, chronic fatigue, major depression, headaches, and such significant chemical sensitivities that he couldn’t be in a room with anyone who was wearing scent, couldn’t tolerate certain fabrics, furniture, and other everyday items. He was engaged in a lawsuit against the petroleum company, which brought in “experts” to certify that he was faking his symptoms for financial gain.

How is MCS diagnosed?

MCS is a clinical diagnosis, meaning the diagnosis is based on what you report to your practitioner, ideally one who knows something about the condition and will not immediately send you off to a psychiatrist.

Since many of us have the same chemicals in our bodies, measuring these chemicals isn’t all that helpful, though the test may be worthwhile if you’ve had a recent heavy exposure like the physician at the gas pump.

Most people who develop multiple chemical sensitivity (MCS) do so after years of low-level, everyday exposure that they’re not even aware of combined with something that “turns up the volume,” either the level of exposure or degree of sensitivity.

For the Gulf War soldiers, it was the stress of war plus the  incredible number of toxins used in that war. For the doctor, it was an unbelievable (and later disbelieved) toxic overload.

Other stressor-triggers can include moving into a new home or workplace or  experiencing a chronic untreated physical problem like candida overgrowth, chronic Lyme, or long-Covid. We also check for MCS in any patient who has the chronic inflammatory response syndrome (CIRS) of mold biotoxin illness and has not completely responded to mold detoxification.

The most recent articles on MCS describe the following criteria for diagnosis:

That last item is why disability benefits are denied, the symptoms being subjective with no objective findings of damage to the body.

How is MCS treated?

Like with a lot of chronic illnesses where tests are normal but symptoms are not, the image of peeling away the layers of an onion is helpful in dealing with MCS. Start here:

While working on your non-toxic home oasis, also work on yourself:

The most useful treatments for MCS have been:

As the layers of the onion are peeled away and exposure is reduced, people with multiple chemical sensitivity (MCS) seem to improve. Energy returns and brain fog clears, though rarely to 100%. They’ll still feel a wave of nausea sitting near someone whose clothes are washed and dried in scented laundry soap/fabric softener or when they drive their car through an emission test station.

But at least they know they’re getting their lives back.

PS: You can watch an excellent movie on MCS, called “Safe.” This is a very accurate portrayal of the sufferings that an MCS patient can endure.