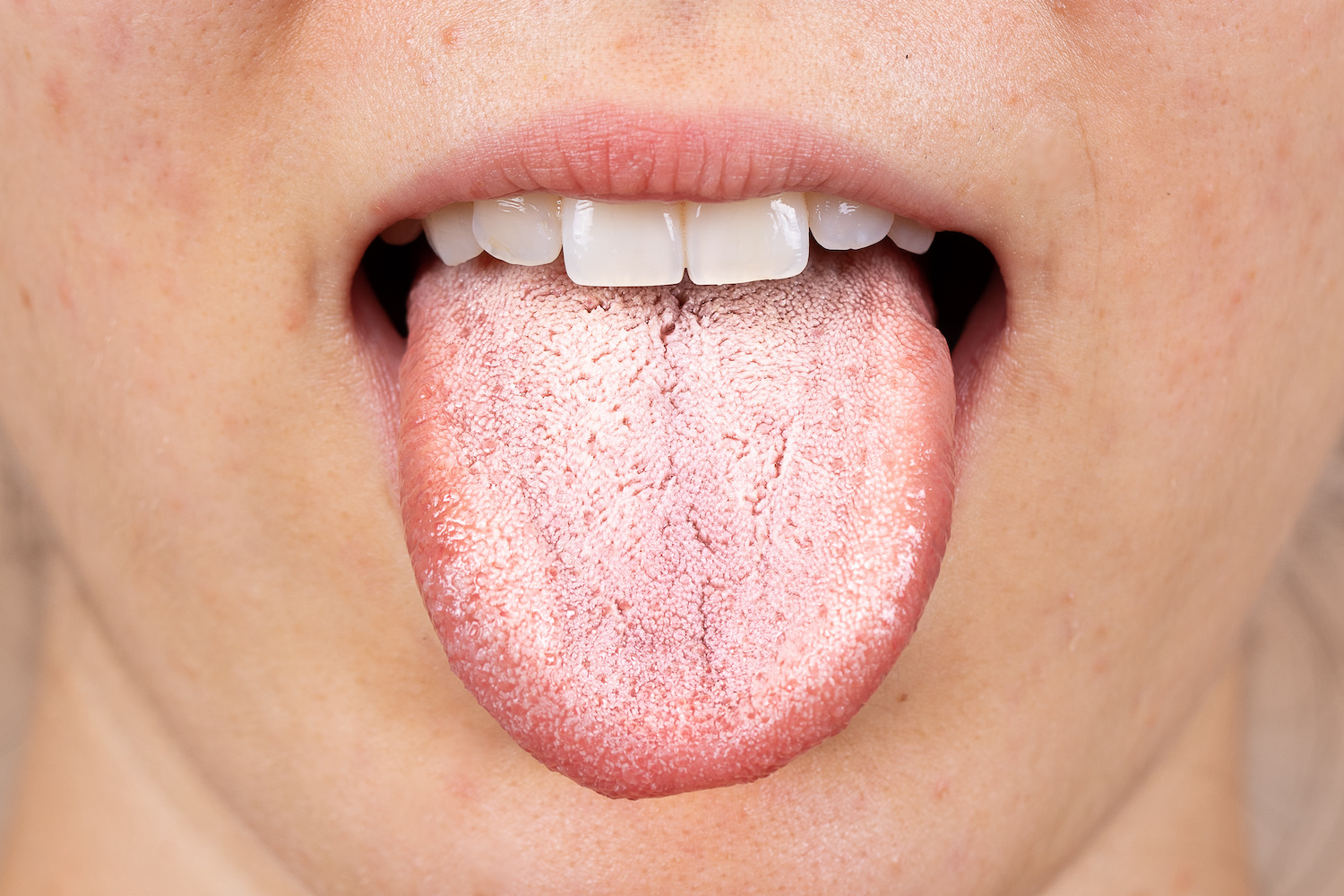 Back in 1993, several weeks before the opening of what would come to be called WholeHealth Chicago, I was summoned to the office of the chief of medicine at the hospital where I was a staff member. The chief had heard rumors I was opening a center that would combine conventional and alternative practitioners. Seeing  this as a betrayal to our profession, he wanted to take the opportunity to express his disapproval.

An unpleasant man in general, he rarely smiled unless he was humiliating you.

“I hear you’re going to be one of those candida quacks. I’ll have my eye on you. Do anything wrong and you’ll be up before the state board.”

This was no idle threat. Up until the mid 1960s, an MD could actually lose his (there were very few women among physicians in those days) medical license if it was discovered he had referred a patient to a chiropractor.

But candida? Except for the culprit common in vaginal yeast infections, I had no idea what he was talking about. Apparently candida was a big issue for people who sold their souls to alternative medicine.

I quickly made a mental note to learn about it.

It’s now almost 30 years later and information on Candida is so widespread you probably know much about it already, but perhaps you’re be a little surprised to find it on our “Root Causes of Chronic Fatigue” list.

Candida, full name Candida albicans (C. Albicans), is a microorganism that lives primarily in our large intestine. It’s a fungus (a distant cousin to a mushroom), a member of the yeast family, and when kept in check by the hardworking bacteria of the intestinal flora (your microbiome) it’s considered harmless.

When a situation arises that throws your microbiome out of whack, however, like antibiotics that kill bacteria but spare candida, you’re left with overgrowth of C. Albicans, commonly called Candida overgrowth. You might have experienced this as that yucky white coating on your tongue after taking antibiotics (a condition called thrush)    or an itchy vaginal discharge when you have a vaginal yeast infection.

Candida overgrowth can occur from mouth to anus and on moist skin surfaces as well.

It’s hard to believe now, but back in the late 20th century, conventional doctors wrote prescriptions for long courses of antibiotics far more generously than situations warranted. One year of potent antibiotics was not unusual for a toddler with an ear infection, a teenager with acne, or a 20-something with sinus infections.

As a consequence of this widespread inappropriate use of antibiotics, patients came to expect them (“Doctor, I sneezed. Can you phone in an antibiotic? Could I have an extra prescription in case something comes up?”)

Then, in the early 1970s, two general practitioners working separately, William Crook, MD, and C.O. Truss, MD, proposed a syndrome they’d observed primarily in women who had taken antibiotics for weeks or months, usually for acne. The main symptoms were digestive (gas, bloating, and diarrhea) with recurring vaginal yeast infections.

In time, Dr Crook added numerous other symptoms to his list, most prominently fatigue, brain fog, skin rashes, and new food and chemical sensitivities. Because he was unable to get his research findings into mainstream medical journals, Dr. Crook self-published The Yeast Connection. And knowing that he and his readers would gain little acceptance from his medical colleagues, he included in his book this candida questionnaire to help readers with self-diagnosis and self-treatment using diet changes and nutritional supplements.

“Little acceptance from medical colleagues” is putting it mildly. It wasn’t just me who had been threatened by a chief of staff for possibility associating myself with a condition I’d never heard of. Across the country, state boards were threatening to pull the medical licenses for doctors who suggested candida overgrowth as a diagnosis. Some insurance companies had programs to deny payment for any office visit with Candida as a diagnosis.

(As a side note, I wrote in last week’s Health Tip about how much of Wikipedia’s alternative medicine content is extraordinarily biased and authored by quackwatch.com. Here’s the opening sentence to the wiki article on Candida hypersensitivity: “Candida hypersensitivity is a pseudoscientific syndrome promoted by William G. Crook, M.D.[1]  It is spuriously claimed that chronic yeast infections are responsible for many common disorders and non-specific symptoms including fatigue, weight gain, constipation, dizziness, muscle and joint pain, asthma, and others.”)

Hostility toward women who saw their symptoms in Crook’s book

Because the information in Crook’s book got to the general public before being broadly accepted by physicians, readers (mainly women) who had diagnosed themselves with Candida overgrowth encountered a wall of unexpected hostility, irritation, and disbelief from their physicians.

You’d arrive, your copy of The Yeast Connection in hand, your questionnaire carefully completed, and face a look of withering contempt from your usually kindly doctor. As I’m sure you’ve learned by now, the vast majority of physicians are not thrilled when you arrive for an office visit armed with the freshly printed consultations from Dr. Google (I actually like it when patients do this).

Back then, of course, there was no internet. There were, however, plenty of conventional medical articles your doctor had access to, which utterly and viciously denied the existence of Candida overgrowth/Candida hypersensitivity.

Dr. Crook responded to this wall of resistance by promoting his book to chiropractors, naturopaths, and nutritionists (the bane of conventional doctors everywhere). The Yeast Connection is still very much in print, now available in combination with Dr. Crook’s more recent book Tired–So Tired!

The wall of resistance between conventional and alternative physicians has for years adversely affected thinking on both sides, with the patient suffering needlessly in the process. However, it does give me the opportunity to use the philosophical term “Manichean,” seeing everything in either black or white, right or wrong, no shades of gray, no compromise.

Not surprisingly, the truth lies somewhere in between.

Back to chronic fatigue

If you’ve got longstanding chronic fatigue syndrome and you think back to when it might have started, maybe a course of antibiotics was involved. Maybe you never made a connection between your CFS and your recurring vaginal yeast infections or your food sensitivities that started after a long course antibiotics (good clue).

Perhaps your doctor uncovered chronic Lyme as a likely cause of chronic fatigue, gave you an appropriate but lengthy course of antibiotics and now, with Lyme under control, you’ve got Candida overgrowth. You read somewhere that chronic Lyme suppresses the immune system. Four months of Lyme antibiotics added to immune suppression equals candida, right?

Other risk factors for developing candida overgrowth can include (but not necessarily) taking birth control pills or oral corticosteroid drugs (such as prednisone) or being diabetic. Contrary to popular belief, although a high-sugar diet is absolutely unhealthful, it doesn’t predispose you to candida. If this were the case, the entirety of western civilization, devouring as it does 120 pounds of sugar per person annually, would be suffering from candida.

Candida rates a Health Tip in this series simply because it’s so thoroughly and deliberately ignored by conventional physicians.

Candida symptoms reported by patients are not taken seriously and many doctors are reluctant to order the relatively simple tests that prove or disprove the diagnosis.

The three diagnostic tests are:

Once a candida diagnosis is confirmed, treatment is fairly straightforward. Prescription anti-candida medications (fluconazole, itraconazole, nystatin) are safe and effective. For those averse to prescription meds, several natural remedies (grapefruit seed extract, caprylic acid, garlic) are effective as well. You’ll also need a good probiotic to replenish the bacteria in your intestines, but also try increasing your intake of prebiotic fiber to feed your microbiome.

The extremely restrictive eating plan originally proposed by Dr. Crook is not necessary. Even he backed off its almost painful austerity in his later years. Although virtually all patients report feeling vastly better on an anti-Candida diet, this doesn’t mean they necessarily have Candida, but rather that anyone would feel better after eliminating junk and processed foods, simple carbs, and sugar.

Today’s important take-away is that Candida overgrowth/Candida hypersensitivity is vastly underdiagnosed by conventional physicians, can be responsible for a laundry list of very uncomfortable chronic symptoms including severe fatigue, and once suspected is easy to both diagnose and treat.

Schedule with any of us at WholeHealth Chicago if you’re concerned.