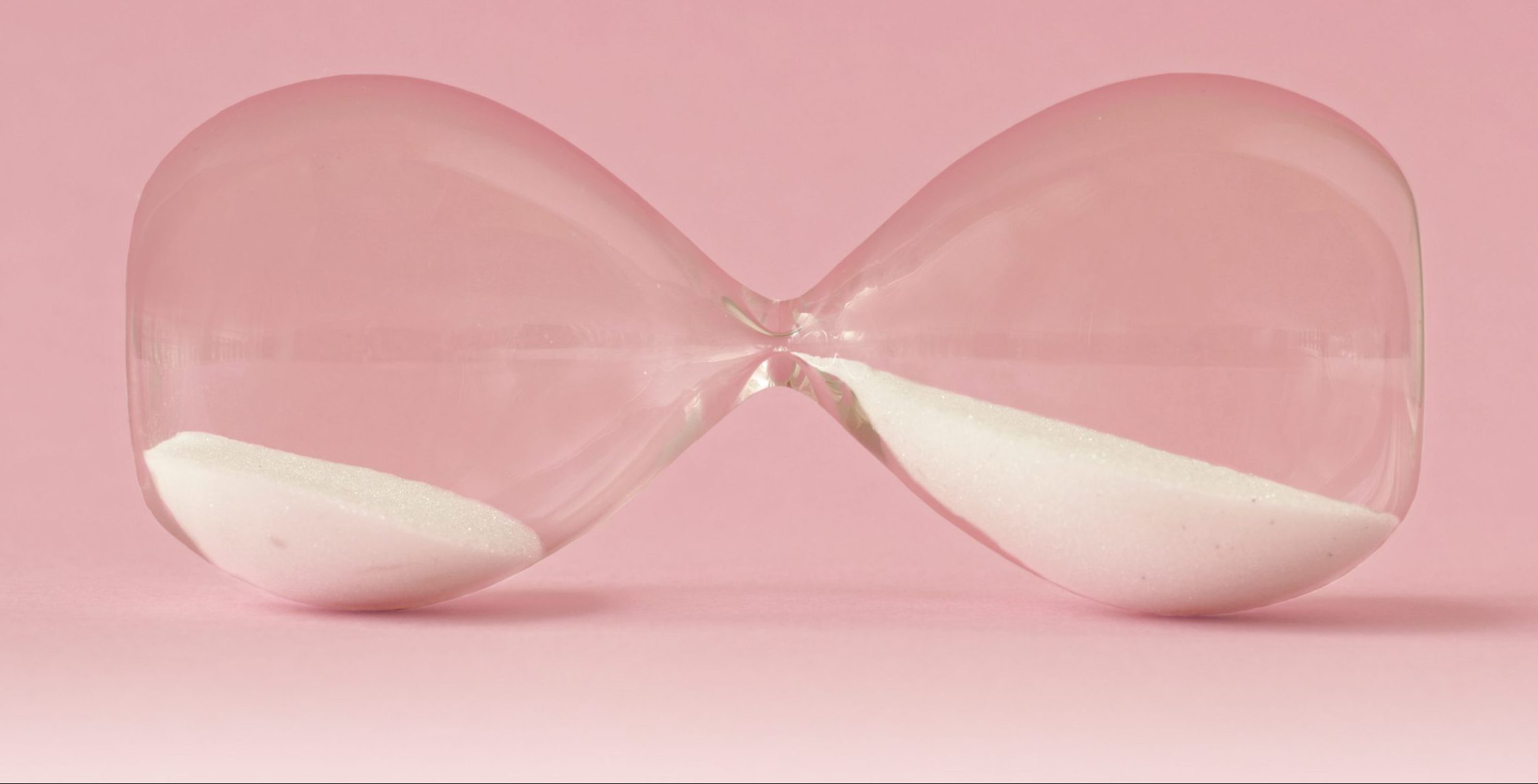 When it’s time, you can expect to transition through menopause in one of three ways. If you’re unlucky enough to land in Menopause Hell, give some serious thought to bioidentical hormone replacement therapy (BHRT).

Some women experience Menopause Heaven, in which your periods start changing and then stop without drama. A year goes by without a period and you say, “Oh, so that was menopause. What’s everyone’s complaining about.”

Then there’s Menopause Usual. Same change in your periods with an occasional hot flash and a rare night sweat. No big deal. Herbs like Black Cohosh work nicely for this.

Lastly, Menopause Hell, a veritable smorgasbord of physical and emotional misery. Heat waves course through your body all day (you grab anything in sight to fan yourself), perspiration drips down your forehead and the back of your neck, night sweats wake you despite having set your bedroom thermostat at “meat locker,” PMS turns your usual ebullience into chaotic mood swings, and your sex drive is a distant memory.

Relieve the symptoms of menopause with BHRT

Keep in mind that we replace other hormones when we need them, including thyroid, insulin, and adrenal hormones. So what’s the issue with replacing your sex hormones, estrogen and progesterone?

Doubts about hormone replacement surfaced years ago after a study called the Women’s Health Initiative concluded that taking hormones increased risks for breast cancer. A few years later, the conclusions were challenged when it turned out some women might have entered the study with undiagnosed breast cancer, invalidating the numbers.

Today, just about all doctors agree that hormones are safe when used appropriately—namely, to relieve menopause symptoms.

However, an increasing number of physicians, myself included, believe one of the overlooked risks of hormone replacement therapy relates to the source of the hormones themselves. The estrogen in Premarin and Prempro, the most prescribed hormone products, is extracted from the urine of pregnant horses. Big Pharma deviously renamed this ingredient “conjugated equine estrogen,” equine being Latin for horse.

If you’re a woman who wants to restore her hormone levels, common sense dictates you choose hormones that are as identical to your own as possible, hence the term bioidentical (short for biologically identical). These hormones are derived from plants such as soybean and wild yam, the soy and wild yam plant estrogens and progesterones concentrated into a clinically effective hormone replacement.

Aside from animal cruelty, why horse estrogen isn’t right for you

To the surprise of many, Premarin stands for pregnant mare urine. And, by the way, there is probably no product manufactured on Earth involving greater cruelty to animals. Animal rights activists have been petitioning the manufacturer to come up with something more humane than impregnating and collecting the urine of 750,000 mares every year. But why should they bother? Profits from Premarin and generic variations are in the billions.

Premarin, on the other hand, is mainly estrone (75%) and equilin (25%), the latter found only in horses and, by the way, only in horse urine, a waste product.

Although Premarin may act like a replacement for human estrogen, that fact that the estrone content is three times that found naturally in women means the match is far from perfect. And equilin is a totally foreign molecule altogether.

What we do know for certain is that BHRT effectively relieves menopause symptoms a couple of weeks after you start taking it. The goal when using bioidentical hormone replacement is to replicate as closely as possible your hormone status when you were about 15 years younger.

Doctors like me who prescribe bioidentical hormones usually recommend Bi-Est, an estrogen combination containing an 80/20 blend of estriol/estradiol along with progesterone. The amount of hormone per capsule can be adjusted based on your symptoms.

Sometimes a small amount of the male hormone testosterone is added to each capsule. This can enhance the effect of the estrogen (without needing to increase the amount of estrogen) and have some beneficial effects on a faltering sex drive.

You can’t get bioidentical hormones from Walgreens or CVS. They’re made by hand expressly for you by any of the hundreds of compounding pharmacies across the US and mailed to your home. The one sticking point is that BHRT isn’t covered by health insurance, though you can use a health savings account (HSA) if you have one.

How long should I take BHRT?

Women often ask how long they should take bioidentical hormones. My answer is that you should decide that for yourself. After an initial two or three years, stop the hormones and see if your menopause symptoms are gone. Remember, menopause is a transition and the symptoms do eventually subside. If, after stopping the hormones, your symptoms return, restart the bioidenticals for another year or two.

With that said, however, many women simply feel better on bioidentical hormones and stay on them indefinitely, like BHRT advocate Suzanne Sommers.

BHRT ground rules: You’ll need regular mammograms and you can’t have a history of either breast cancer or blood clots. The former is risky because some breast cancer growth can be stimulated by hormones. Likewise, for some women prone to blood clots, taking any estrogen can increase the risk. Birth control pills, for example, are never prescribed to women with blood clot history. Although the risk is small (less than 1%), doctors are cautious.

We’ve been prescribing BHRT for thousands of women since we first opened in 1994. To follow up, call and schedule an appointment with any of our practitioners. We’ll also give you an rx for a mammogram if you’re overdue.