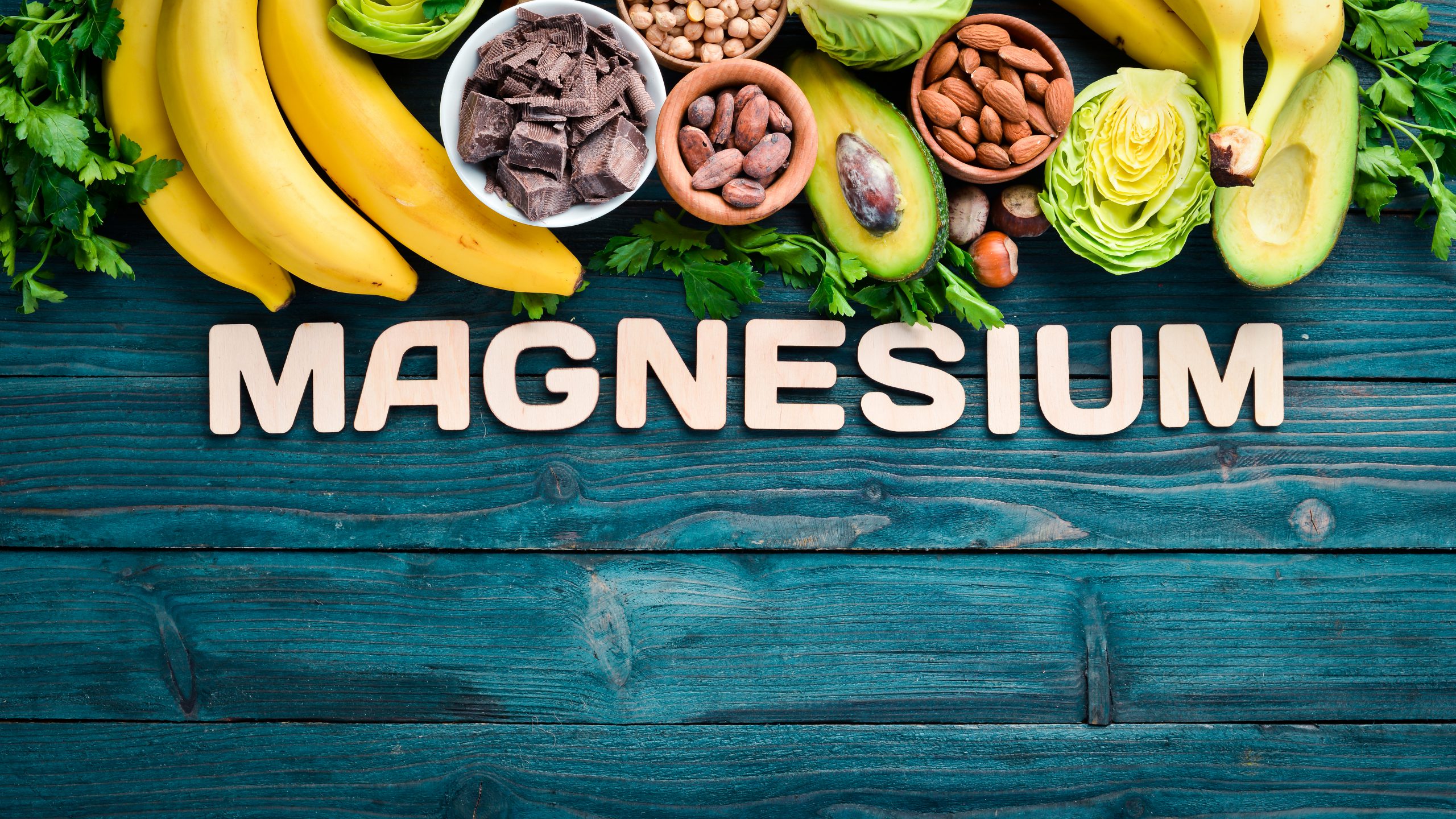 Along with most things relating to good nutrition, I wasn’t taught much of anything about supplemental magnesium either in medical school or during my internal medicine residency. It was a professional clinical nutritionist I met during a long-ago meeting of the American Holistic Medical Association who first told me, “You’ll never go wrong if you add magnesium to your patient’s list of daily supplements.”

During that same meeting, I first learned about the now-famous Myer’s Cocktail from nutritional guru Alan R. Gaby, MD. A few years later he would write an entire book on magnesium. It was the magnesium component of the Myer’s bouillabaisse of IV vitamins that was responsible for its sometimes magical effects: ramping up energy, relaxing the tense muscles of fibromyalgia, stopping a migraine or an asthma attack in its tracks.

Magnesium is the fourth most abundant positively charged ion (called a cation, pronounced “cat-ion”) in the body, after sodium, potassium, and calcium, and it’s involved in an astonishing 300+ enzyme reactions. As a result, if your magnesium is insufficient for your needs, 300 chemical processes in your body operate at a level that can only be described as pathetic and you may not feel too chipper. Probably the most vital of these is the adenosine triphosphate (ATP) system, our source of cellular energy. Unfortunately, unlike the other ions that can be measured using a serum sample, magnesium is stored mainly inside your cells and is very difficult to measure accurately.

According to many studies on magnesium, we simply don’t get enough of it in our diets. This is unfortunate because although magnesium deficiency itself really produces no symptoms, chronically low magnesium is associated with a wide variety of life-shortening illnesses, including diabetes, acute myocardial infarction (heart attack), high blood pressure, heart arrhythmias, and high cholesterol.

As an example, 400 patients who were considered at high risk for heart disease and high blood pressure were divided into two groups, both receiving the usual conventional medications. In addition, half were placed on an especially high-magnesium diet, the other half following their usual everyday diet. At the end of a decade, the high-magnesium group had an overall improved mortality rate, with a very strong drop in the number of sudden deaths from heart arrhythmias.

The primary reason our magnesium levels are likely on the low side is our preference for processed food, whose manufacturers process out a lot of vitamins and minerals, including magnesium. Good food sources of magnesium include pumpkin seeds, legumes, nuts, dark green leafy vegetables, and summer squash. Check this chart for details.

It can be hard to keep track of all the conditions magnesium can help, but I’ve found it useful to divide them into four basic categories.

1.      Medical conditions that can benefit from relaxation
Magnesium relaxes both muscles and nerves (the opposite of calcium, by the way). Take any condition where the word spasm or tension might be used and likely magnesium can help. If you’re prone to muscle spasms, waking in the morning stiff and achy, feeling sore and “old,” magnesium, taken regularly, can probably help. Virtually every treatment for fibromyalgia, which is really a chronic, non-stop muscle spasm over your entire body, includes some magnesium-based product. If you’re prone to tension headaches, that band-like squeezing sensation around your forehead, magnesium will probably help.

Spasm/tension occurs in other situations besides tight muscles. For example, constant spasm of blood vessels contributes to high blood pressure, coronary artery disease, migraine headaches, and Raynaud’s disease, and magnesium will help all of these. Magnesium is useful for the bronchial spasms of an asthma attack and the painful spasms of menstrual cramps.

Magnesium also helps your entire nervous system function smoothly. For many people prone to anxiety and panic attacks, magnesium taken regularly has been shown to reduce the need for anti-anxiety meds and SSRIs like Prozac. Magnesium taken at bedtime is so relaxing, in fact, that nutritionists and supplement manufacturers routinely include it in natural sleep aids.

2.      Medical conditions in which you need more energy
Because of magnesium’s intimate involvement with the ATP/ADP system of energy production (click here if you’ve forgotten your lecture on the Krebs Citric Acid Cycle), regularly taken magnesium is virtually always included in any program to treat chronic fatigue symptoms.  In addition, Dr. Gaby defined a spectrum of symptoms he’d seen in patients as the “magnesium deficiency syndrome.” These individuals reported a combination of fatigue, depression, anxiety, irritability, insomnia, muscle spasms and twitching, chest tightness, confusion, and memory loss. Mild symptoms would respond to modest doses of both IV and oral magnesium, indicating the deficiency was minimal but its effect on the body was profound. Factors contributing to deficiency included poor diet, stress, and medications like diuretics and laxatives.

3.      For healthier bones
Along with calcium, magnesium is essential for developing strong bones and preventing osteoporosis. Virtually all supplements with the phrase “bone-building” on the label contain three key ingredients: calcium, magnesium, and vitamin D. Generally, we get lot of calcium in our diets, magnesium not so much, and with months and months of overcast winter days, unless we supplement with D we’re likely all deficient in this valuable vitamin as well.

4.      Medical conditions in which we don’t know exactly how magnesium works
We’re not sure precisely how low magnesium levels increase your risk for developing adult onset diabetes mellitus, with its complications like eye and kidney disease and risk for high cholesterol. Current theories focus on an intracellular failure to regulate sodium/potassium/magnesium exchanges. This in turn leads to a condition called insulin resistance, the first step in adult onset diabetes and hyperlipidemia (high cholesterol). Both of these increase your risk for developing coronary artery disease.

What should you do about magnesium?
First, there’s really only one group who should not work on raising their magnesium levels and these are patients with chronic kidney disease. Your kidneys are excellent at getting rid of excessive magnesium, but if they’re not working you do run the risk of having too much magnesium in your body.

Second, if you’ve got any of the health issues I’ve listed so far, or you have a family history of diabetes, high blood pressure, high cholesterol, or heart disease, adding magnesium to your supplement list is a good idea. On the other hand, if you have none of these and you’re feeling fine, family members routinely reaching their 80s or 90s, just be sure to include high-magnesium foods regularly in your meal planning.

Third, there are so many magnesium products on the market that you’ll end up looking like a deer in headlights if you stand in front of the magnesium section of your health food store. After trying different forms over the years, I finally settled on Dr. Gaby’s recommended magnesium glycinate. Some studies have shown magnesium malate is especially useful for fibromyalgia and magnesium citrate is more useful as a laxative. The usual dose of magnesium is between 400 and 500 mg a day (or two tablets twice a day).

So why is this my favorite supplement?

5 thoughts on “My Favorite Supplement: Magnesium”

I became a follower of magnesium some years ago when it was recommended to me for my painfully severe night leg cramps. Not only did it eliminate the cramps, but to my surprise it also eliminated a chronic and very bothersome heart arrhythmia I had lived with for a few years prior.

A comment on this excellent article though. Both magnesium glycinate and citrate are readily absorbed (i.e., bioavailable), and while the citrate form—at higher doses—can be used to treat constipation, both forms are also used for their calming, anti-stress properties, and are marketed as such. However, BEWARE of using Magnesium Oxide for these purposes, or to bring up your magnesium levels in general. This is probably the most common form you’ll see on the drugstore supplement shelves, and if you take too much of that, you could develop (as I did) a horrible case of the “unpredictable emergency runs,” something you don’t want if you have to leave the house or commute to a job. Magnesium Oxide is not only poorly absorbed as a source of usable magnesium, in the body it turns into Milk of Magnesia’s main ingredient.

For a good discussion of the various forms of magnesium, especially the less common forms like taurate, orotate, and L-threonate, and their possible benefits, see Healthline’s article at:

May I take this supplement if I have kidney stones?

Hi Julie,
It should be okay, but run this by your primary care provider so that they know you’re taking it.
-Dr M