LONGEVITY MEDICINE: TESTOSTERONE FOR MEN, AND, YES, FOR WOMEN,TOO 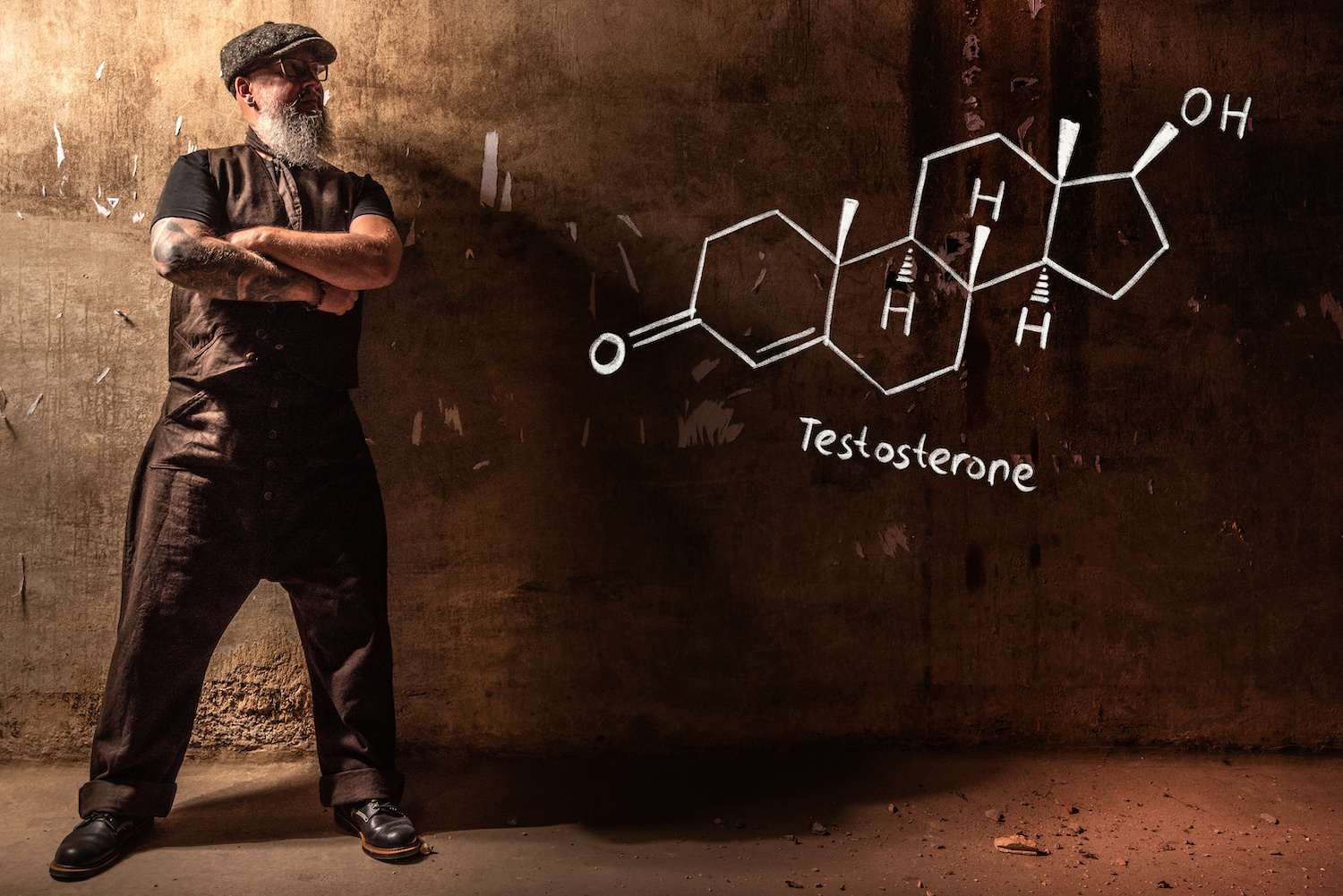 There’s been some debate among physicians about the value of giving middle aged and older men supplemental testosterone. Should men just accept these changes as inevitable or do something? I’m in the “do something” camp and Big Pharma was almost, but not quite, helpful. Several products came out, quite expensive of course, often not covered by insurance, and from both the doctor’s and the patient’s point of view, sort of disappointing in their effectiveness.

Sure, these products raised your testosterone a few points, but most men didn’t notice anything dramatic. With insurance often denying coverage out of pocket costs became an issue. Then, when one study showed increased heart attacks among users (since disproven and actually low testosterone turned out to be a real heart risk). Another study was concerned about prostate cancer (again disproved) testosterone replacement started losing favor.

However, testosterone is back, and patients are liking it.

The problem had been threefold

First, the FDA had approved products that were simply too weak to be useful. At 50 mg/ml, the dose being one ml (one pumpful) daily,nothing really happened. A stronger concentration was needed (75 mg/ml or 100 mg/ml) and could only be made by a compounding pharmacy.

Second, the FDA instructions had the cream by applied to shoulders where skin is thick but later research showed that better absorption occurred when applied to scrotum.

Third, testosterone is not the be-all and end-all of every issue relating to fatigue, mood, etc. We’ve discovered that many middle aged and late middle aged men attribute low testosterone to what are often multiple nutritional deficiencies from years of less than great eating habits. We strongly encourage reviewing their vitamin levels, nutritional supplements, and to accompany their testosterone replacement with intravenous infusions of vitamin/mineral concentrates

Since this has been part of a series on Longevity Medicine, the most interesting new developments in restoring testosterone to healthy levels is how doing so will effect your longevity. Several articles have appeared during the past few years analyzing the data of men receiving testosterone therapy and have found improvement of lifespan of 5-10%. This has been attributed to a variety of factors: better energy means better ability to exercise and improved heart health, better overall sense of well being, improved sleep.

And what about women?

Low libido, weight gain, and changes in mood are all common signs of low testosterone levels in women. Low testosterone over a long period of time may also contribute to more serious issues like heart disease, poor memory, and loss of bone density. Obviously, although women need far less testosterone than men, benefits to longevity have also been apparent. Most obvious benefits include:

If you’re interested in testosterone replacement, longevity therapies or any of our infusions, call and schedule in Lincoln Park with Mark Hagerty, Jordan Newman, Parisa Samsami, Wendy Ploegstra or myself, and at our new Beverly office with Caley Scott.

9 thoughts on “LONGEVITY MEDICINE: TESTOSTERONE FOR MEN, AND, YES, FOR WOMEN,TOO”

Hi David,
I am interested in taking testosterone based on your article above. A complete test was conducted recently on a sample of my blood but it did not include a testosterone level. Can you prescribe a dose without a base level to work from?

For your health, a baseline would be best to have when working with testosterone.

What are the optimal levels for women and men? Do you recommend the pellets? Does cream offer the same benefits? Thank you Nanette J.

There is really no “one size fits all” when it comes to hormone blood levels. At WHC, we draw baseline levels and work from there. I don’t use pellets because the dose can’t be adjusted. The creams work nicely.

Just call & schedule a telemed appointment. Your testosterone can be measured from a local lab

Do not live in Chicago or even in Illinois. I know my testosterone reading. How do I get assistance from you? I am post-menopausal
Thanks.

WholeHealth Chicago treats patients both in and out of Illinois. Please feel free to give our office a call at 773-296-6700 to schedule. We look forward to hearing from you!

Great to read this updated “T” information, David. I’ll be checking in soon for assistance in this area.

We look forward to assisting you!