Health Tips / It’s The Carbs. It’s Always Been The Carbs. 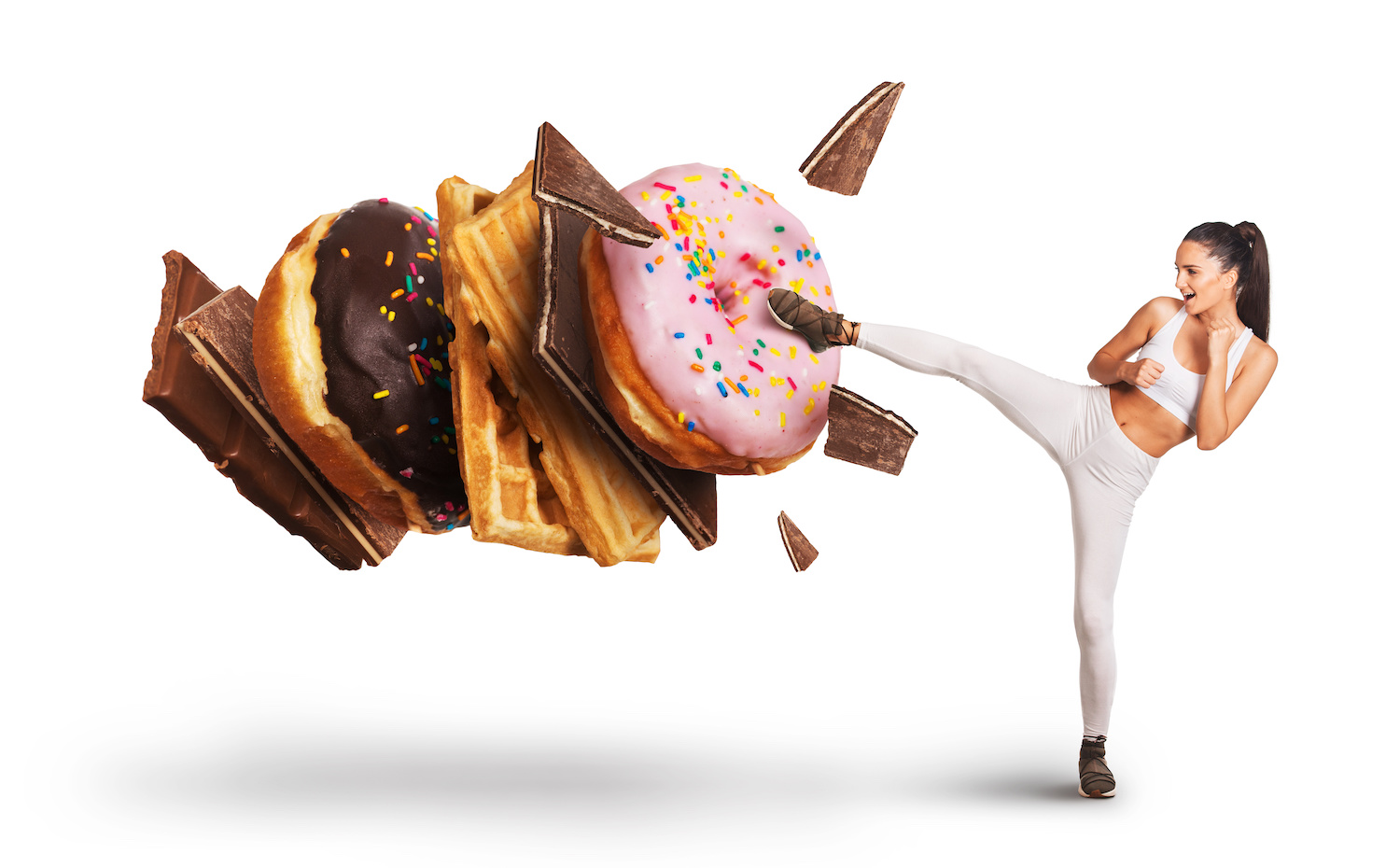 Somewhere in my library is a copy of Gary Taubes’ 2008 Good Calories, Bad Calories, one of several books that appeared in the wake of the really vicious controversy that surrounded Robert C. Atkins, MD’s Dr Atkins’ Diet Revolution, which first appeared in 1972, has been published in 13 revisions and editions, and continues to sell around the world.

It’s challenging to convey the extent of the controversy regarding Atkins’ suggested way of eating and the animosity that followed. He was flat-out going against what every physician had learned in medical school from the 1940s onward about a healthful diet, weight control, and disease prevention.

Even though Americans were getting fatter by the minute and their cholesterol levels were rising, the treatment Atkins promoted was not eating less fat, but rather eating fewer carbohydrates, especially simple carbs like sugar, starches, and refined flour.

Eat all the meat you want. Eggs and bacon for breakfast? It’s the best breakfast! Eat as much fat as you like. Worst breakfast? Cereal with fruit or a fruit smoothie (most of which are loaded with sugar).

The seriously overweight US public, dropping like flies from heart attacks, loved what Dr. Atkins was recommending. Millions went low-carb, bought his line of packaged foods and supplements, and supported him to the end. Pasta sales plummeted.

Atkins’ bitterest opponent was Dean Ornish, MD, whose Reversing Heart Disease touted extra-low-fat eating, skinless breast of chicken, egg-white omelets, and lots of fruit and veggies. He was, and remains, the quintessence of everything a conventional doctor knows (or thinks she knows) about healthful eating.

Ornish virtually accused Atkins of being a mass murderer with his diet advice. The writing style of this Atkins Wikipedia entry makes me wonder if Ornish got his way with the editorial content. Want to see a bunch of conventional docs trying to rip Atkins? Check out this video from 2000. These guys are mean.

Gary Taubes is an excruciatingly well credentialled science writer with no products except his books to sell anyone. I can picture him sitting in some medical library with a couple of laptops, poring over centuries (yes, centuries) of evidence. Not just clinical studies, but medical anthropology stuff as well. Why do Innuits with a 100% fatty meat/fish diet and virtually no grains or veggies have zero heart disease? Why did the Atkins program actually seem to work? Why the degree of hostility?

I have to thank a patient who suggested I read Taubes’ 2011 book Why We Get Fat and What To Do About It. Honestly, I wasn’t sure I   was up for yet another diet book. But Taubes’ tome was definitely not a diet book. He wanted to explain the physiology without unrealistic claims. It’s not that complicated if you read with a pencil in hand.

The key point is this: After nearly 50 years since the Atkins book, there’s little doubt that all along Atkins was correct and Ornish, along with the vast conventional medicine community, has been wrong.

Why did this conflict occur? Maybe it’s just the Chicagoan in me, but, folks, the rule in this town is follow the money.

Until the 1940s or so, doctors did believe the obesity and heart disease villain was sugar. If you wanted to drop weight and/or limit your risk of heart disease and other chronic illnesses, just cut back on sugar.

This meant avoiding simple carbs and complex carbs. Not only sugar, but all breads, rice, and the like. In other words, avoiding what we now call high-glycemic foods (foods that quickly raise blood sugar).

Then in the 1950s, with heart disease and obesity on the rise, researchers identified the two potential villains as sugars and fats. But the sugar industry funded research with a manipulated outcome that shifted the blame onto fats. Here’s the history. Read it for a surge of anger.

You can’t be too surprised at a revelation like this. After all, the AMA received millions from the tobacco industry before commenting on the damaging health effects of tobacco. This was ten years after the health problems attributed to cigarettes were published in the 1964 Surgeon General’s Report. You’ll love this link in which JAMA editor Morris Fishbein, MD, tells a reporter he keeps nothing but Kent cigarettes on his desk. Here’s still more on how Fishbein used his influence to defend the tobacco industry.

Although you can order Taubes’ 2011 book, my suggestion is to wait a few weeks for his newest title The Case for Keto: Rethinking Weight Control and the Science and Practice of Low-Carb/High-Fat Eating, which I suspect will include more info on the intermittent fasting he’s alluded to in previous books.

To learn right now about low-carb/high-fat eating, click here for the Diet Doctor website, whose beginners page is filled with helpful information. They cover the science on intermittent fasting nicely too.

There are several take-aways from Taubes, Diet Doctor, and this Health Tip:

Where do the majority of US physicians stand on all this? A typical primary care physician, if she sees you’re overweight and your cholesterol is high, will start you on statins and have a nutritionist teach you a low-fat diet.

She likely hasn’t read this article from Scientific American telling the world that Ornish was wrong all along.

15 thoughts on “It’s The Carbs. It’s Always Been The Carbs.”

Look into the work of Stephan J. Guyenet. He dismantled the insulin theory of obesity and the whole “carbs are bad” dogma. I think people eat too many calorie-dense carbs combined with fat – think pizza, donuts, chips, and once you remove them, naturally you lose weight. Guyenet’s advice is to eat whole, natural, minimally processed foods (even potatoes!) try to cook at home/for yourself, avoid adding too many added fats, and try to create a food environment where there is no temptation to eat the wrong things.

Have you read the extensive research compiled by Dan Buettner on Blue Zones — areas in the world where people live the longest and healthiest lives? The longest-lived people eat either small amounts or no meat/fish and lots of complex carbs in the form of fruits and vegetables. They do eat beans and potatoes, but in combination with many other vegetables. These populations seem to resist CV disease, cancer, and memory loss. The Blue Zones info is worth checking out. Communities in the U.S. that have followed the Blue Zones dietary and lifestyle guidelines are documenting health improvements.
https://www.bluezones.com/services/blue-zones-project/#section-1

Plenty of evidence out there to support whole plant based diet. Low intake of animal fats and protein correlates with lower cancer, CVD and dementia risks. Including healthy fats from nuts and seeds, avocados supports the benefits to the above. A lot has been written about CVD risk in Eskimos.

There is plenty of evidence that support whole plant, low animal fat and protein diet. Diet rich in fruits and vegetables, nuts and seeds and beans is beneficial to prevent cardiovascular disease, cancers and dementia. In fact there are multiple articles that confirm high incidence of CVD in Eskimos

There is a lot of evidence that whole plant diet full of fruits and vegetables, low processed food is beneficial for cardiovascular health and cancer, dementia prevention. Your fats should come from nuts and seeds and not from processed oils. The Eskimos in fact where suffering from cardiovascular diseases.

Man, I just adopted a Whole Foods plant based diet advocated by one of your practitioners to try to counteract cardiovascular disease, obesity, etc. sounds like your team isn’t on the same page?
As far as following money goes, it seems like meat and dairy industry and lobbyist have pretty deep pockets to pay for funding as well.
I’lm sick of trying different things so could you guys all agree on something! I can stick to whatever the consensus is….right now, I’m sticking with Whole Foods/plant based as I’ve lost weight, and my heart rate and BP have gone down.

Hello David (above). It does seem counter-intuitive and I was doubtful too but decided to try this low-carb / high good fats diet to lower my cholesterol and improve my “lipids.” So I worked with the fine people in Dr. Edelberg’s office, have had blood tests keeping track of my scores for those issues every few months. My cholesterol in a year went fro 269 to 205 and lipid panel shows steady improvement, all due to diet, no statins or medications. Weight wasn’t a problem for me, so we added in some beans, carrots, and squash in moderation. I can’t address Dr. Atkins’s health, but I can see on paper that my own scores show improvement through a low carb / high good fats diet. My suggestion is to read some of the material that Dr. Edelberg suggested above.

“Low-carb/high-fat eating includes meat, poultry, fish, shellfish, and eggs…Avoid … beans, potatoes, rice, bread, pasta, carrots, parsnips, corn, peas…” Sounds like a recipe for disaster to me. Looks like Dr. Robert Atkins is the one who got it wrong. Dead wrong. “A medical report issued by the New York medical examiner’s office a year after his death showed that Atkins had a history of heart attack, congestive heart failure and hypertension.”https://en.wikipedia.org/wiki/Robert_Atkins_(physician)#Death

Yes, because the Adkins Diet, unlike a clean keto diet, includes artificial sweeteners such as Nutrisweet and Sucralose, which raise your insulin levels, just like carbs. Adkins also allows high protein, which also can turn into sugar when consumed in high quantities. A clean keto diet, however, high fat (healthy fat!), moderate protein and extreme low carb (under 20gs per da!) will reverse type 2 diabetes, heart disease, insulin resistance and metabolic syndrome, just to name a few. It can also reduce or eliminate seizures and help calm the nervous systems of those with autism and other disorders and reduce inflammation for those with autoimmune disease.

Great article.Thanks. I’ve seen high insulin cause heart disease;Type 2 runs like a river through my fam, BUT we do not have obesity. I love this model of IR and Type 2, but I am thin, I don’t fit the model, I must eat low carb to stay out of prediabetes, but it doesn’t seem to improve my insulin sensitivity. Directions on what I can read to understand my situation and help my health more?

I’m definitely interested in your take on the ROS theory of obesity. This blog explains it pretty well: https://fireinabottle.net/the-croissant-diet-specification/

Thank you for the article. My question – why can’t you eat a low carb, low fat, high veggies, beans, plant based diet along with Intermittent fasting?
That’s my choice. If you have heart disease a high fat diet is not healthy. I am a big proponent of Dr. Esselstyn’s Book Reversing Heart Disease – he runs clinics at The Cleveland Clinic – he does reverse artery blockage with a low fat diet/high plant based diet. You might want to read that book also.
I just choose to keep my cards low but I definitely eat fruit in the form of berries.

Thank you, Jennifer, for introducing me to Dr. Esselstyn’s important work!