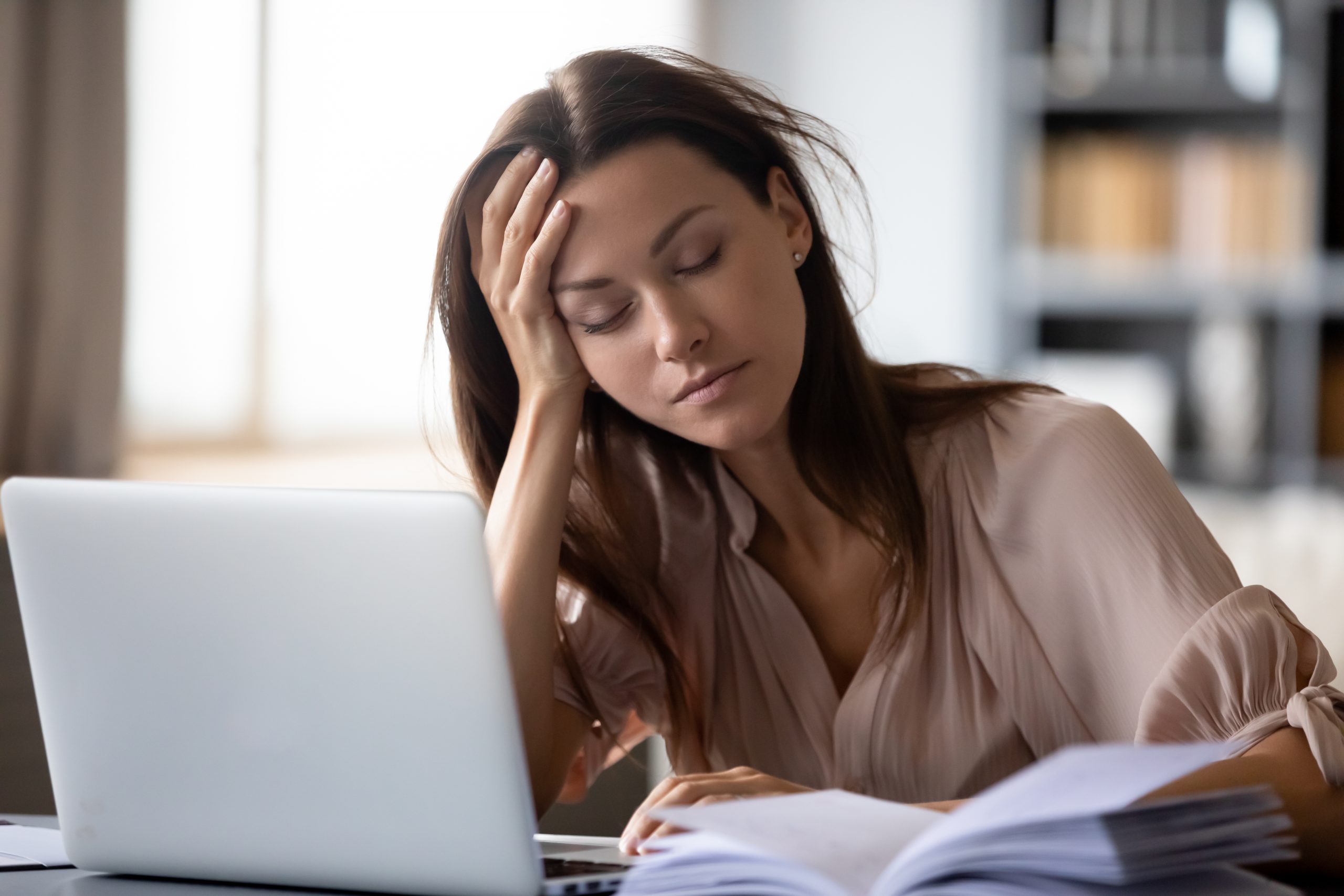 In the mid-1980s, two outbreaks of what appeared to be infectious mononucleosis appeared in the US. Unlike typical mono, which caused exhaustion for a few weeks, people with this type were left in a permanent state of fatigue, with low-grade fevers, swollen lymph glands, muscle aches, and poor focus/concentration. In some cases, the fever and lymph gland swelling subsided, but the utter exhaustion persisted. Because most of the affected people were in their 20s and 30s, the press dubbed this new illness the Yuppie Flu.

The medical profession couldn’t find a cause for the symptoms and named it Chronic Fatigue Syndrome (CFS). They also realized it was virtually identical to a condition called myalgic encephalomyelitis (ME), which had been described in the UK 30 years earlier.

Unfortunately for everyone, patients and physicians alike, years of research have revealed no single cause for CFS-ME. This means there have been no consistent positive lab test results, imaging scans, biopsies, or treatments. It also meant that patients experienced the same reception that was going on with fibromyalgia (Controversial Diagnosis #1): unproductively dismissive attitudes by physicians, employers, insurance companies, and even family members. In short, it was difficult to get people to take CFS seriously.

Through a twist of logic, if no one could find anything wrong then the thinking was that somehow the patient herself must be responsible for her condition. Sadly, survey after survey among CFS patients revealed they experienced everything from cold indifference to downright hostility from the medical profession.

Now, almost 40 years after the first articles about CFS appeared, there’s been some marginal progress. Importantly, at least 75% of physicians actually believe CFS exists, though only about 20% actually feel comfortable treating it. On learning their diagnosis, most patients hear, “Yes, this seems to be Chronic Fatigue Syndrome, but we don’t know anything about it and I can’t treat you. Maybe you should try Mayo Clinic.”

But when patients call Mayo (as many do), they learn that it will not accept patients with CFS, fibromyalgia, or chronic Lyme disease. I’ve asked Mayo’s intake department about this and have been told that they really have nothing to contribute beyond what can be done in the patient’s own city.

The single largest study on CFS began in the late 1990s, conducted by DePaul University researcher Leonard A. Jason, PhD, himself a CFS sufferer. With a large staff, a generous government grant, and a steady flow of CFS patients from several physicians (including me), Dr Jason’s team was well positioned to investigate CFS. Their conclusions pretty much still hold up today. Basically, there’s no consistent cause for CFS, although most cases (but certainly not all) occur after a severe viral infection, especially one that happens when the patient is in the midst of other physical and psychological stressors. I was really pleased to learn that Dr. Jason has received more grant money to study chronic fatigue syndrome. You can read all about what his DePaul team is working on in this week’s Chicago Reader.

In the DePaul study, some patients responded to a form of psychotherapy called cognitive behavioral therapy (CBT). Some improved after undergoing a program of steadily increasing exercise called graded exercise. Later studies raised doubts about graded exercise because some patients actually got worse. Better results occurred when CFS patients learned to pace their exercise. This meant doing something physical but then resting, often for days, before trying to do it again.

CFS patients learn this early. If they push themselves too much on Day #1, they totally crash on Day #2. This necessity to pace physical exertion was so pronounced that CFS recently was officially renamed Systemic Exercise Intolerance Disorder.

Because of the inconsistency of both diagnosis and treatment, getting insurance to pay for anything related to CFS can be challenging. Patients also discover that trying to get help from disability insurance (whether a private insurer or the federal government) is even worse. I’ve had patients on disability for CFS who were followed and videotaped by detectives in an attempt to disprove their fatigue status. One company tried to cancel benefits because they’d filmed a CFS patient walking her dog.

If there’s a plus side to any of this, it’s that many patients diagnosed with CFS become highly proactive about their condition. Between Dr. Google and online support groups, the majority are well informed about CFS, often more so than their doctors.

What they learn on their own is that there’s more than the original post-viral, run-over-by-a-truck CFS. Having CFS may involve genetic susceptibilities, environmental factors, psychological issues, sleep disorders, other infections, nutritional deficiencies, and hormone imbalances.

With this array of ancillary possibilities, it’s unlikely there will ever be a single cure for CFS. However, the chances of recovery are much better when a patient cultivates being healthy and staying in the best possible shape. This means clearing any other infections or toxins, eating a healthful toxin-free diet, and correcting hormone and nutritional deficiencies.

Check for and treat the following infections, which have been linked to CFS.

Follow up  Ask your doctor if you should consider antiviral therapy.

Follow up  Ask your doctor if appropriate antibiotics are needed.

Follow up  Ask your doctor if antifungal meds are needed.

Follow up  Ask your doctor if antiparasite meds are needed.

Note #1  It’s especially important to rule out chronic Lyme. Diagnostic tests have improved considerably over the past few years. What might have once been viewed as CFS-triggered mono may have actually been an episode of acute Lyme disease.

Note #2  If your doctor is reluctant to prescribe medications for any of the infections listed above, there are natural remedies that a functional physician or naturopath can share with you.

Also check for and treat:

I’m not remotely suggesting that taking thyroid or B-12 or going gluten-free will cure CFS. However, if you are even mildly hypothyroid or B12 deficient, or gluten is causing chronic inflammation in your body, these issues are interfering with your body’s self-recovery systems.

There are a lot of steps you can take to improve the chronic exhaustion of CFS. For help and support, click through to the CFS Knowledge Center and also take a look at this listing of the top 50 CFS blogs.

I am trying to find out if msm has any reaction to latex allergy. For treatment off fibromyalgia. My wife has both want to get her started on msm but need to know if safe to do so.

Steve. We find no relationship between MSM and latex allergy. We always recommend starting a new supplement at a low dose and monitor for side effects.

Having suffered from chronic fatigue in the past, I looked for options outside the box. Mitochondrial optimization is an important factor – supporting the mitochondria (energy powerhouses) inside the cells. I found a gentle form of intermittent hypoxia-hyperoxia training (IHHT) used by elite athletes to prepare for intense competition. I credit this with tremendous improvement. It’s not easy to find in the U.S. but there are other forms of mitochondrial support through supplementation and I hope that this focus on mitochondrial health is more fully explored in the near future.

Dr. Edelberg, when I was diagnosed with CFS I read the book, Adrenal Fatigue: The 21st Century Syndrome, by James Wilson, Ph.D and applied it to my life. I recall that every single blood test taken came back as “normal” however, I began to question, “What is considered normal?” So, I had my blood work read by an independent Pathologist who informed me that based on the ranges of the various blood work tests many of my ranges were on the low end and others on the high. Once I was made aware of this, I added various supplements and changed my diet (candida cleanse) to get my numbers in a balanced state. I should add before making the changes I was on antidepressants, anxiety meds, sleeping aids and was overweight. Once I committed to following the wisdom imparted by Dr. Wilson the results were life-saving. In a about a year’s time I was off of all meds, lost weight and felt the healthiest I have ever felt in my life. To this day, I am thriving. I’m not suggesting this book is the cure, but if sure as heck worked for me. I recall taking my spreadsheet with all the supplements (food-based, vitamins & minerals) to my Integrative, N.P at Northwestern and they were quite impressed with my commitment to owning my health and the huge impact it had on my recovery. I should also add that once my blood levels were in ranges that were healthier for me, I no longer had to take the various supplements.