Simple stretches, exercises, and activities you can do to avoid aches and pains and stay healthy to prevent injury.

Engage your shoulder blades & glutes to relieve lower back pain

Use opposition to strengthen the core

The McGill Curl Up

Strengthen your neck for better posture 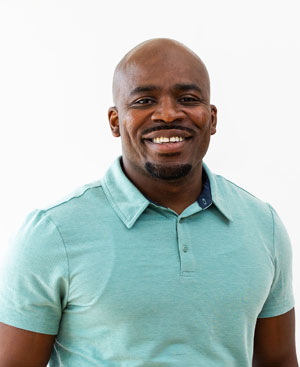 “I aim to properly diagnose and provide results for the body related to muscles, bones, nerves, and joints. I want to provide knowledge of how the body works and encourage a pathway to better overall health.”

Dr. J. Robinson Alexis was born in Cap-Haitien, Haiti and relocated to the U.S. when he was eight years old. After growing up in Fort Lauderdale, Florida he moved to Illinois to further his education.

Dr. Robinson knows the power of chiropractic and is using the skills and experience to improve the quality of life for his patients. His goal as a chiropractor is to identify how the body is impacted by daily life events and correct the imbalances which can lead to the early degeneration and increased risk for injury and illness.